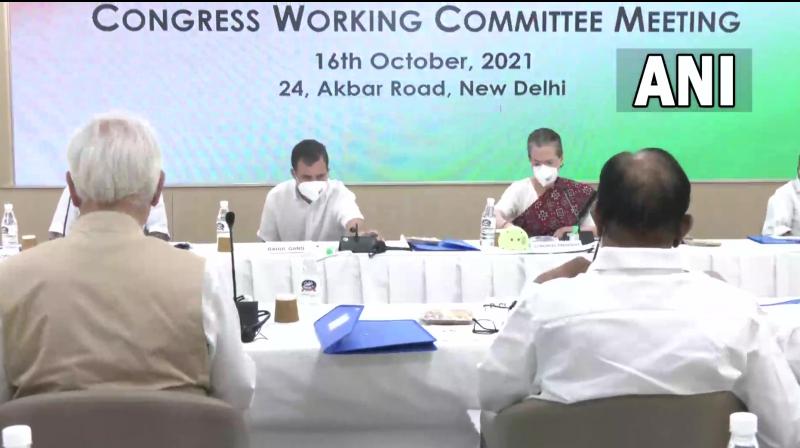 Senior Congress leaders Ghulam Nabi Azad and Anand Sharma were among those present at the meeting at the AICC headquarters here.

The meeting of the party's top decision-making body -- Congress Working Committee (CWC) -- has been convened after demands from some quarters to discuss important issues, including some defections in the recent past.

The meeting also comes amid rumblings within the Congress' state units such as in Punjab, Chhattisgarh and Rajasthan where the party is in power.

The G-23 leaders had been demanding to convene the CWC with Kapil Sibal last month and wondered who in the party was taking decisions in the absence of a full-time president. He has asserted that the G23 leaders' grouping is "not a Jee Huzur 23"