Being in govt and levelling allegations not ideal: BJP to Shiv Sena

BJP said Shiv Sena was a bigger party in Maharashtra earlier, but its not the case anymore. 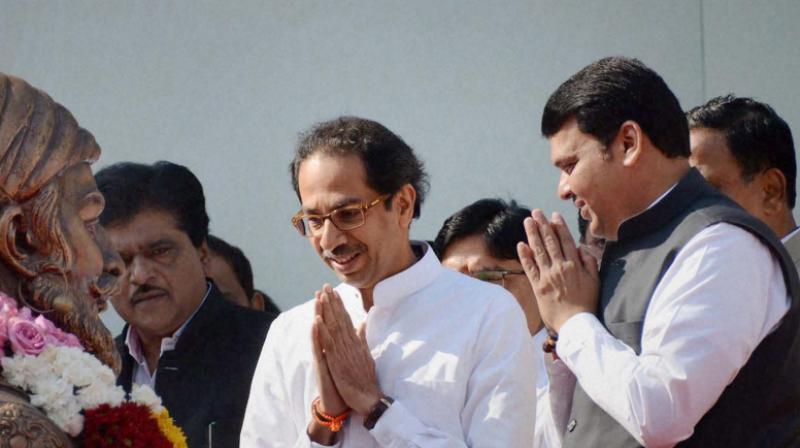 Pune: Union Minister M Venkaiah Naidu on Friday admitted that the ongoing bickering between BJP and Shiv Sena is not an ideal situation and said allies need to exercise restraint while speaking out against each other.

On the mud-slinging on between BJP and Sena amid the high-voltage campaign for the upcoming civic elections in Maharashtra, he said, “I admit that this is not an ideal situation.”

“Being in government together and levelling allegations against each other is not an ideal situation,” Naidu told reporters here ahead of the civic polls scheduled on February 21.

“These are local elections and sometimes alliance is possible in one part and at the same time, it is not possible in other part, so it is good to have control while speaking against each other,” he said.

Naidu said now the focus (with regard to criticism) is more on BJP. Earlier BJP was perceived as a junior partner in Maharashtra but now it is emerging as the biggest party in the state, he claimed.

“Earlier, Shiv Sena was a bigger party, however, since the position is slipping out of Sena’s hand, they are speaking against us out of that disappointment,” he said.

On Shiv Sena’s claims that the state government is on “notice period,” the Union Information and Broadcasting Minister there is no scope for ifs and buts in politics.

“We have not received any notice and if we receive it, we will study it and will decide what should be done,” the senior BJP leader said.

“BJP will get complete majority in the elections and there will be no need to compromise with any party,” Naidu said.