Opposition should not politicise everything, Union Minister Prakash Javadekar said. 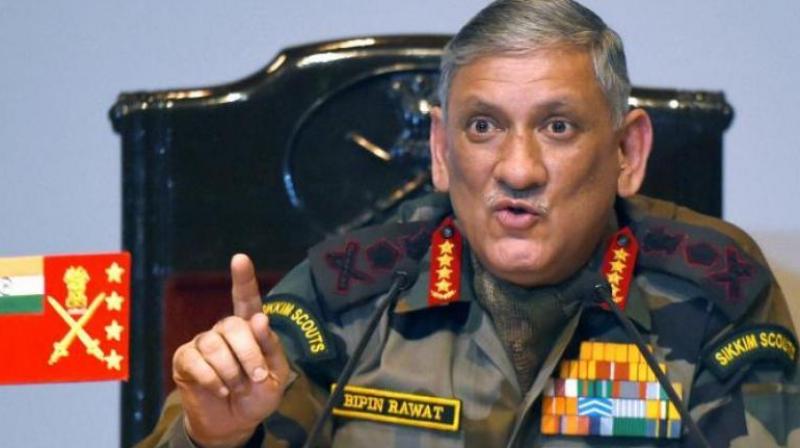 Imphal: Amid political mudslinging over Army chief Bipin Rawat's remarks, Union Minister Prakash Javadekar on Friday asked the opposition to "keep pace" with democracy and "not politicise" the armed forces.

"Opposition should not politicise everything. They have raised doubts on surgical strike which was never done before in history (of India). Now they are reacting and politicising an issue which they should not be doing. So I request them to keep pace with democracy and not politicise the military," he said.

“Army Chief's remark showed worry and not warning. It was an appeal that you shouldn't come toward line of firing. But Congress is showing it otherwise. The party is falling under its own weight and hence out of frustration, it is indulging in the kind of jargon that is unheard of in history of democracy. Congress which calls itself nationalistic is talking the language of separatist forces for the sake of cheap politics,” he said.

The comments came in the backdrop of the Army chief's statement on tough action against stone pelters in Kashmir.

The stern message from Rawat came after three soldiers faced heavy stone-pelting at Parray Mohalla of Bandipore in north Kashmir when they were about to launch an operation against militants holed up there.