Sasikala, however, managed to get a television for herself, and upgrade her cell to class-A. 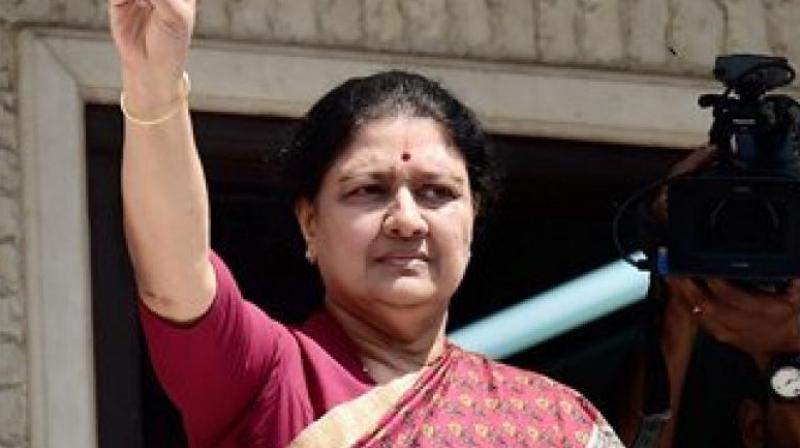 Chennai/Bengaluru: V.K Sasikala will remain AIADMK’s head even after her conviction, and Edapaddi K. Palanisami will work only as Tamil Nadu’s chief minister, top party leader Thambidurai said. Earlier, Ms Sasikala had said that both posts should be held by one person. Mr Palanisami may fly to Bengaluru in a chartered flight to meet her in prison during the designated hours on Friday.

She had a tough first day in jail as she could not sleep and was restless at night, a news report quoted a party leader as saying said on Thursday.

As the trial court denied her demand for some privileges, including home food, she refused to have supper on Wednesday night, sources said. The court also rejected her request for special facilities. She was given a plate, a tumbler and a blanket.

Ms Sasikala, however, managed to get a television for herself, and upgrade her cell to class-A.