UP Chief minister Akhilesh Yadav started his campaign from Sultanpur, which goes to polls in the fifth phase. 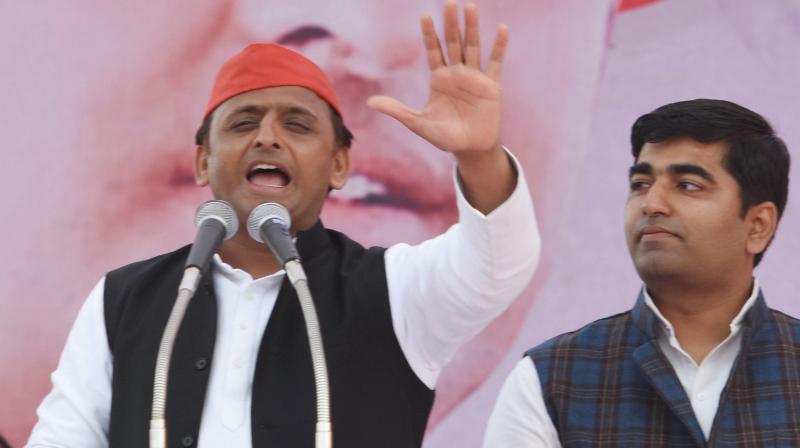 Lucknow: Candidates are working overtimes to reach out to electorates and convince them to vote for them. But, despite differences in political ideologies, most parties have one thing in common — all rely on their individual lucky charms to win in elections.

Chief minister Akhilesh Yadav started his campaign from Sultanpur, which goes to polls in the fifth phase. Even as everyone was left wondering about the reason for this, reports came in that his favourite astrologer had suggested this. In 2012, he started his campaign from Sultanpur and went on to become CM. While this may be lucky for the chief minister, it has already spelt bad luck for SP candidate Arun Varma who is now booked for the murder of a woman who had charged him with rape.

Almost all candidates visit shrines or perform ‘puja’ before filing nominations; some rely on particular colours for good luck in elections.

Congress candidate Anurag Bhadauria, who actually belongs to Samajwadi Party, wears green kurta and blue jeans. He admits that this is his lucky colour combination and has been wearing it since the past eight years.

Senior Congress MP Pramod Tiwari, while contesting or campaigning for elections, had jackets in different colours that he wears on particular days — for instance, orange on Tuesdays, green on Wednesdays,  yellow on Thursday. Sources close to the Congress MP say he even uses soaps of different colours to match the days of the week.

BJP candidate from Lucknow, Brijesh Pathak, admits he never moves out without his handkerchief-sized ‘Mata ki chunri’ in his pocket.

SP candidate from Bakshi Ka Talab, Gomti Yadav, begins his campaigning after he distributes ‘prasad’ to all his family members. He has followed this practice for almost two decades.

For Rajbala Rawat, the SP candidate from Malihabad, the shawl given to her by her father is her lucky charm and she keeps it with her while campaigning.

Parties are also not far behind when it comes to following superstitions. It is believed that any chief minister, who visits Noida, loses his chair. Akhilesh Yadav has kept away from Noida during in his entire tenure and did not campaign there either.

As UPCC president, Rita Bahuguna Joshi, got the towering Ashoka trees in the UPCC office lopped off after she was told that if the height of these trees rose above the building, it was an evil omen. Ms Joshi won her first election as MLA, though the party continued with its bleak run.