UP polls: After Irani’s barb, Priyanka to campaign with Rahul Gandhi in Raebareli

Congress will be contesting on 105 seats in the state with ally Samajwadi Party contesting from 298 out of a total of 403 seats. 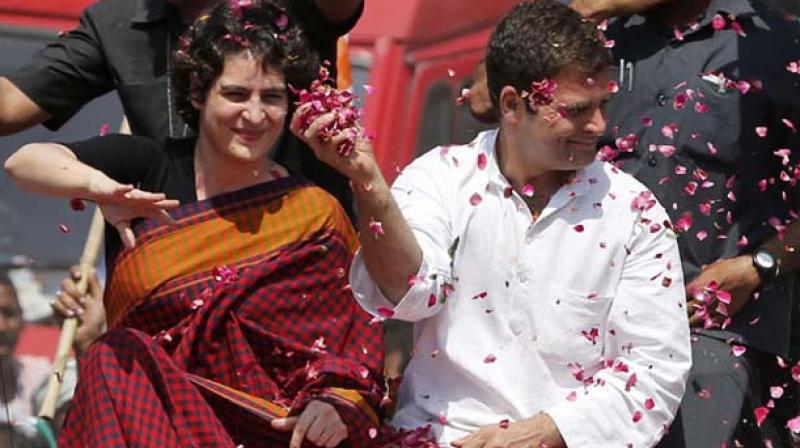 The announcement came a day after Smriti Irani's attack on Priyanka Gandhi over her absence from the poll fray in UP. Irani asserted that Priyanka is not campaigning due to unfulfilled promises of her party in their constituencies and she is afraid of answering to the people of the constituencies.

This was followed by a war of words between the Congress and the BJP, with Congress lashing out at the Union Textile Minister asking her to stay out of the grand old party's campaign plans as it was none of her business.

Not letting go of the opportunity, Congress leader PC Chacko raked up Irani's education qualification row, saying that if not answering queries was an issue, then the Union Minister had a lot to answer for herself.

"When Irani was the HRD minister, there were so many queries about her wherever she went. There is a case pending about her educational qualification in the court. She herself gave a direction to the concerned department that her education details should not be given to the RTI. If she does not want to answer these queries then she shouldn't be in politics at all," he said, adding that it was none of Irani's business where Priyanka decided to campaign.

Meanwhile, the Bharatiya Janata Party (BJP) has asserted that the Union Textile Minister is entitled to question the Opposition if they are not present in their home constituency.

"Amethi has some serious questions which want to be addressed to the MP or his immediately family and obviously there seems to be no answers or no campaigning. This can raise a huge question in the days to come when it comes to a mandate, which the people of Amethi have been giving to a particular party," BJP leader Shaina NC told ANI here.

Amethi and Rae Bareli will vote in the 4th and 5th phases of polling on February 23 and February 27, respectively.

Congress will be contesting on 105 seats in the state with ally Samajwadi Party contesting from 298 out of a total of 403 seats.