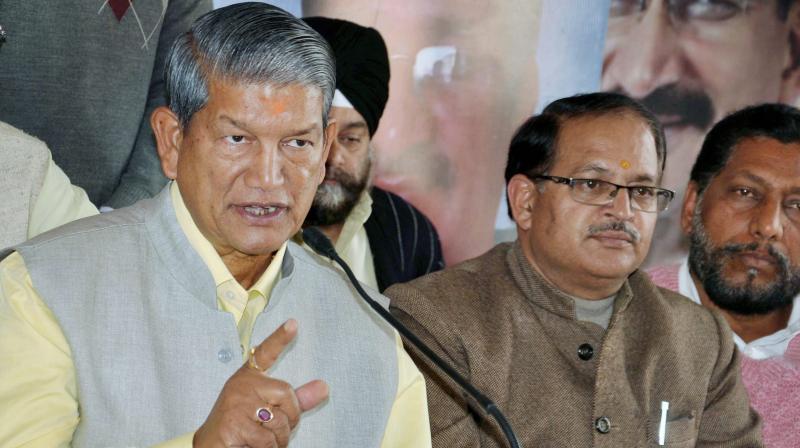 Uttarakhand Chief Minister Harish Rawat is contesting from the two other constituencies — Haridwar(rural) and Khatima, earlier represented by the BJP. (Photo: PTI)

From Sitarganj, the BJP had fielded Congress rebel and former chief minister, Vijay Bahuguna’s son Saurabh Bahuguna. This seat was won by the BJP in 2012 but its MLA, Kiron Mandal, vacated it for Mr Bahuguna. Mr Bahuguna had joined the BJP in May last year.

CM Harish Rawat is contesting from the two other constituencies — Haridwar(rural) and Khatima, earlier represented by the BJP. In all these three key constituencies, voting percentage crossed 60 per cent. In Dehradun, Mr Rawat has claimed the Congress will perform even better than expected. State unit chief Kishore Upadhyay also said the Congress will make a strong comeback by winning 46 seats. He said Mr Rawat played the role of “Arjuna” in the polls. Before the polls, they both were leading two separate camps.