Will lotus bloom again in Lucknow? 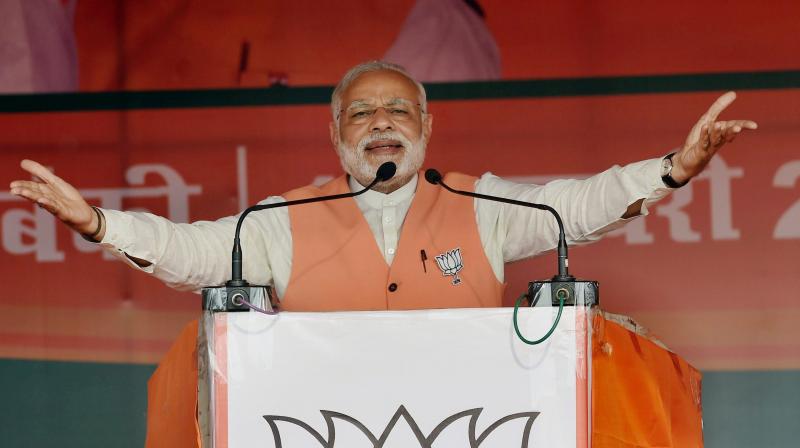 Lucknow: Lucknow, once a BJP bastion has turned into a hotbed of controversies for the party that faces a tough challenge from its own cadres. The Bharatiya Janata Party had lost eight of the nine Assembly seats in 2012 and could retain only one seat, held by Ashutosh Tandon.

With Union home minister Rajnath Singh as the Lucknow MP now, the seat is a matter of prestige for the BJP. The party this time has fielded seven “outsiders” and this is causing considerable resentment among the party cadres. Local leaders are making their presence felt only for photo ops and are not helping the official candidates in campaigns. “The ones who are working with me are those who joined the BJP with me. The BJP people are not helping me at all,” one such “outsider” candidate told this correspondent.

For the Samajwadi Party, which had won seven of the nine seats in 2012, the challenge is no less. The party faces a rebel candidate in one constituency and anti-incumbency in the rest. The most prestigious battle is being fought on the Lucknow Cantt seat where Aparna Yadav, younger daughter-in-law of Mulayam Singh Yadav is pitted in a direct fight with Rita Bahuguna Joshi of the BJP. The Samajwadi Party has never won this seat and Ms Joshi, who won the seat on a Congress ticket in 2012, is working hard to retain it. Both the women candidates, who belong to Uttarakhand, are banking on the sizeable “pahadi” votes in the constituency. As their battle intensifies, the proverbial dark horse could be BSP’s Yogesh Dixit, a local resident.

In Lucknow Central, the BJP has field another outsider Brijesh Pathak, who came in from the BSP a few months ago. What is working to Mr Pathak’s advantage is the fact that the SP minister Ravidas Mehrotra is being challenged by a Congress rebel Maroof Khan and a division of non-BJP votes could ensure a win for the BJP. The going is easy for the BJP on the Lucknow East seat where its candidate Ashutosh Tandon is seeking re-election.

On the Lucknow North seat, SP minister Abhishek Misra is facing a strong anti-incumbency wave, and the only hope is that his challengers, Neeraj Bora of the BJP, is a lightweight as compared to him. At the Sarojini Nagar seat, the battle has become rather complicated. The SP candidate Anurag Yadav, cousin of Akhilesh Yadav, is being challenged by former UP minister Sharda Pratap Shukla who is contesting as an RLD candidate.