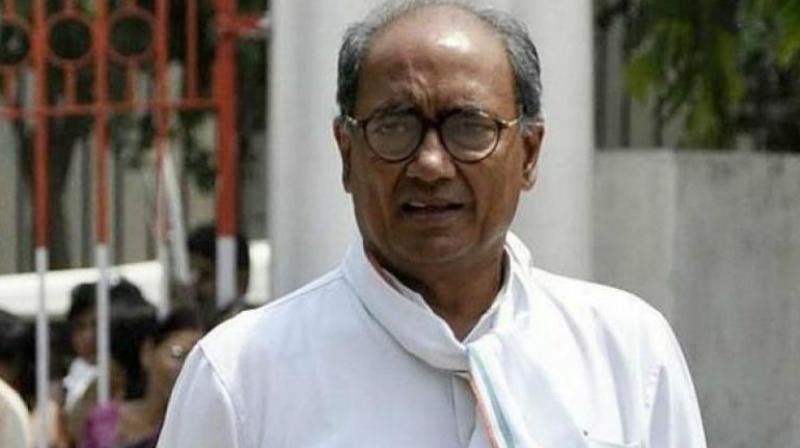 While Nath did not mention any seat, in particular, he said there were "2-3-4 seats" in Madhya Pradesh which the Congress had not won in the past "30-35" years.

"I have requested Digvijaya Singh that if he wants to contest Lok Sabha polls, then he should do so from the toughest seat. There are 2-3-4 seats from where we have not won elections since the last 30-35 years," Nath told reporters in Chhindwara.

Congress functionaries said he may have been referring to Bhopal and Indore Lok Sabha seats, both of which have been held by the BJP since 1989.

Congress sources said Nath is keen that Singh contest from Bhopal. Former President late Shankar Dayal Sharma was the last Congress winner from the seat in the 1984 general elections.

Kamal Nath, in reply to a query, however, said it was for Singh to decide from where he wants to contest. He also added that the Congress would announce Lok Sabha candidates from the state in the next three-four days.

Kamal Nath arrived in Chhindwara on a two-day visit to address 11 rallies, with his son Nakul Nath, in all likelihood, being the Congress' Lok Sabha candidate.

Kamal Nath, who is a nine-time MP from Chhindwara, is fighting an Assembly bypoll from here scheduled for April 23.

Nath has to get elected to the MP Assembly in order to continue as chief minister.

The Chhindwara Assembly seat was vacated by Dipak Saxena, who had won it in the 2018 state polls, so that Kamal Nath could get an entry into the 230-member House.