Tie-up to fight BJP, AIADMK; no compromise on ideology: CPI(M)

He would raise the issue of waving of farmers loans and also students' education loans, Natarajan said. 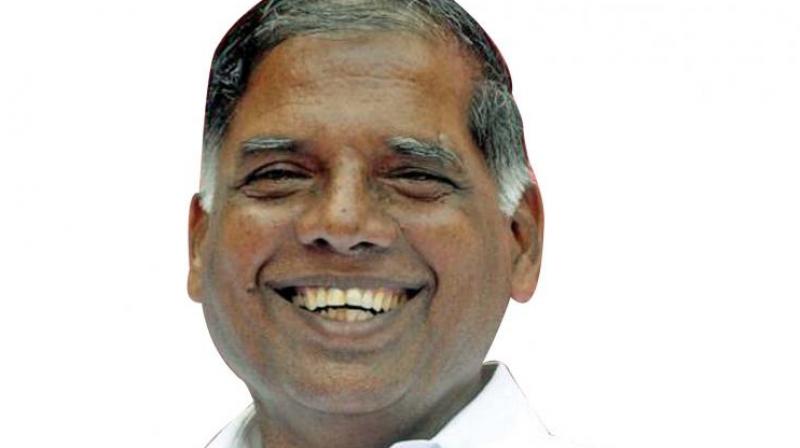 Coimbatore: The electoral alliance in Tamil Nadu has been forged in view of the prevailing political situation and the party has not compromised on its ideology, CPI (M) politburo member G Ramakrishnan said Sunday. All the constituents of the alliance were equally and seriously concerned over the alleged danger posed by BJP at the Centre and the ruling AIADMK in the state to the democratic and secular fabric of the country, he told reporters here. He was replying to a question on how the party was managing an alliance with Congress, whose ideology and economic policies were poles apart from the CPI (M). When pointed out to the criticism by BJP leaders on the claim of secular nature of the alliance, when parties with the name of religion in them - Indian Union Muslim League and Tamil Nadu Muslim Munnetra Kazhagam - he said these parties were also fighting for the cause which the CPI (M) also stood for.

This was formed for eyeing not only on the elections but also on NEET, GST against which the alliance partners have been fighting against as these were some of the issues confronted by the people of Tamil Nadu under the AIADMK rule, Ramakrishnan said. On the Pollachi sexual harassment case, he said the AIADMK government has been remaining silent and failed to implement the Madras High Court order to give Rs 25 lakh to the victim and also take action against the police official for revealing her name. "This is an issue of contempt of court," he said. On the election strategy, Ramakrishnan said the DMK-led Secular Progressive Front would raise the issue of secularism, democracy and economic policies, which adversely affect the small industries, with the public, majority of which has already decided to oust Prime minister Narendra Modi. CPI (M) Coimbatore candidate P R Natarajan, who was also present, said that his first task after winning the elections was to revive the closed industrial units. Once a new government if formed after defeating Modi, he would raise the issue of waving of farmers loans and also students' education loans, Natarajan said.