Sadhvi Pragya Singh Thakur is among the seven accused facing trial in the Malegaon blast case. 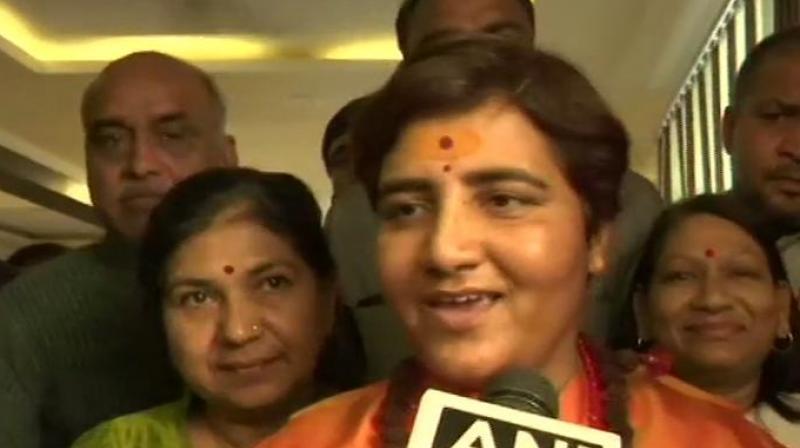 While no seat has been formally allocated to Pragya Singh Thakur, speculations are rife that she may contest against Congress leader Digvijaya Singh from Bhopal. (Image: ANI)

Speaking to ANI after joining BJP, Thakur said she will "contest and win" elections.

While no seat has been formally allocated to her, speculations are rife that she may contest against Congress leader Digvijaya Singh from Bhopal.

After meeting the leaders, Thakur said, "We will unitedly fight against the people who are conspiring against the nation. We will win this 'Dharm Yuddh' (crusade)."

"After spending 10 years in jail due to Congress conspiracy, I have come here to fight the political and religious war," she added.

Thakur is among the seven accused facing trial in the Malegaon blast case, wherein six people were killed and a dozen others were injured when a bomb placed on a motorcycle exploded in Maharashtra's Malegaon on September 29, 2008.

Polling in Madhya Pradesh will be held in the last four phases of elections and counting of votes will take place on May 23.