Sidhu gave the statement while campaigning for Congress nominee Tariq Anwar in Katihar. 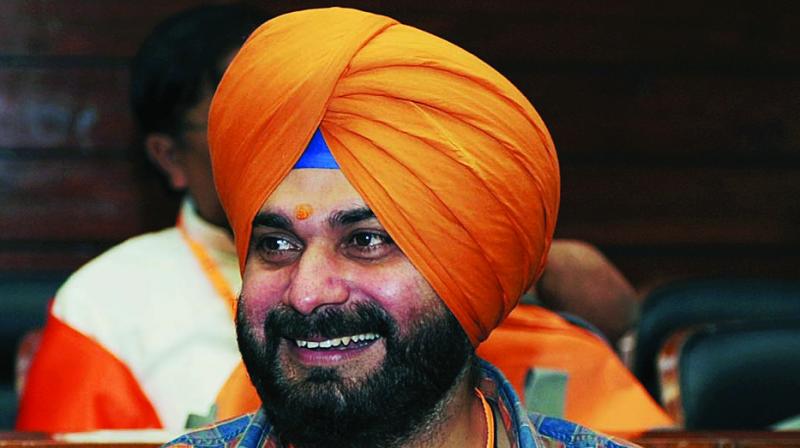 Patna: Punjab minister Navjot Singh Sidhu has created a controversy by asking Muslims voters to unite and defeat the BJP.

“Muslim brothers, I have come here warn you. They are trying to divide your precious votes by forming new political parties and bringing people like Mr Owaisi. If you people unite and vote then I am sure Mr Modi will lose,” Congress leader and Punjab minister Navjot Singh Sidhu said.

The statement is being seen by the NDA as “highly communal” and it can put Mr Sidhu under the EC scanner, which recently barred BSP chief Mayawati, Uttar Pradesh chief minister Yogi Adityanath, SP leader Azam Khan and Union minister Maneka Gandhi for speaking on similar lines during their campaigning.

After Sidhu’s statement, BJP approached the EC and submitted a memorandum against the Congress party for trying to influence voters on communal lines. BJP leaders in Patna said, “We have requested the Election Commission to initiate action against Navjot Singh Sidhu who gave the communal speech in Katihar”.

According to political analysts the two ‘Mahagathbandhan’ partners — Congress and RJD— believe that All India Majlis-e-Ittehadul Muslimeen (AIMIM) chief Asaduddin Owaisi’s entry could influence a large group of voters in the Seemanchal region where Muslims have maximum representation.

As per an assessment, the Seemanchal region, which comprises of Katihar, Purnea, and Kishanganj account for more than 40 per cent of the minority population. In Kishanganj alone Muslim population is about 50 per cent.