2 prominent women leaders slug it out

The Congress’ Preneet Kaur is facing a rebellion by Congressmen in four Assembly segments of Sanaur, Shatrana, Patran and Nabha. 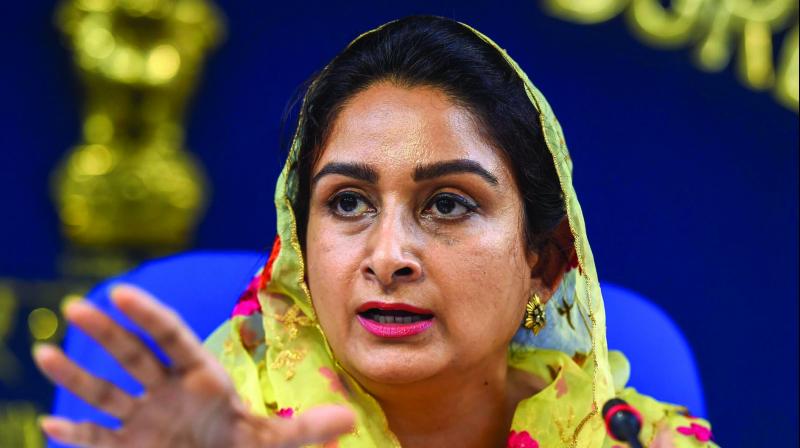 Chandigarh: Two prominent women leaders of the Congress and the SAD are in a stiff battle with their opponents in Punjab.

Union minister Harsimrat Kaur Badal, wife of SAD president Sukhbir Badal, who is contesting from Bhatinda, is facing anti-incumbency and people’s anger due to sacrilege issues under the Badal government.

The former Union minister Preneet Kaur, wife of chief minister Amarinder Singh, who is contesting from Patiala, is in stiff battle because of the  anger against local MLAs.

In the last election, Congress candidate Manpreet Singh Badal lost this seat by a narrow margin of 19,000 votes to Harsimrat Kaur. But this time, Raja Warring, a young face of the Congress is posing a stiff challenge to Union minister Harsimrat Kaur Badal whom the SAD-BJP has fielded the third time from Bathinda.

Congress candidate Raja Warring, a confidant of party president Rahul Ganhdi, is playing an emotional card to win this prestigious seat. He is projecting this fight between a commoner and the mighty political family of Punjab. Raja Warring who belongs to Gidderbaha had humble beginnings and he is trying to encash this point. He is seen staying and eating at the houses of common people. He also never fails to mention about how he was orphaned at a young age.

Raja Warring says, “It’s a fight between a commoner and the most powerful family of the state headed by a five-time chief minister Parkash Singh Badal with vast resources. We have snatched Gidderbaha, a seat represented by them for 47 years and now we will corner them here in Bathinda Lok Sabha.”

He goes on, “People are annoyed with them due to non-governance and sacrilege issues. We are getting a huge response everywhere and we will certainly get the people’s mandate.”

On the other, former Union minister Preneet Kaur is contesting from Patiala seat. She lost last election to Dharamvir Gandhi of AAP by a margin of 20,000 votes. This time Mr Gandhi who was ousted from AAP is in the fray as a candidate of newly floated outfit Nawan Punjab Party, which has a backing of the six-party alliance Punjab democratic alliance.

Preneet Kaur is in the fray for the fifth time from this seat. She is facing the main challenge from Dharamvir Gandhi, 69, a cardiologist, who prefers to ride a rickshaw to reach out to his voters. The Akali Dal-BJP combine has fielded former minister Surjit Singh Rakhra from this seat.

The Congress’ Preneet Kaur is facing a rebellion by Congressmen in four Assembly segments of Sanaur, Shatrana, Patran and Nabha. Local leaders in Nabha have announced support to Punjab Democratic Alliance candidate Dharamvir Gandhi. In Shutrana, the local cadre is against MLA Nirmal Singh Shutrana.