Congress chief spokesperson Randeep Surjewala, however, seemed not to agree with Mr Azad. 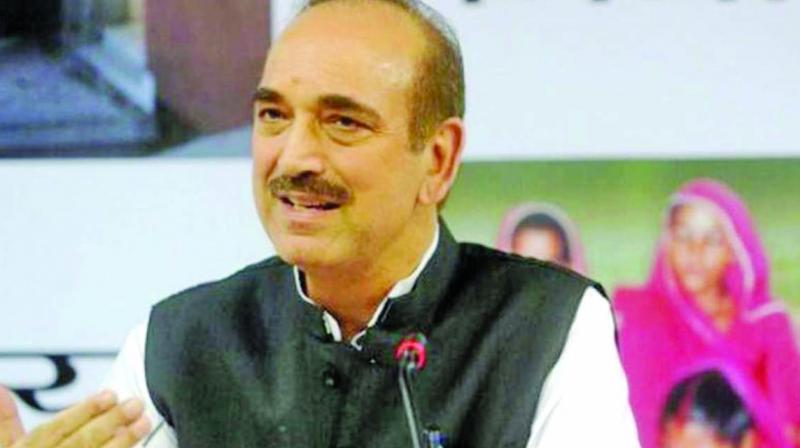 Shimla/New Delhi: The Congress is not averse to supporting any regional party leader for the Prime Minister’s post even if it emerges as the single largest party, Congress leader Ghulam Nabi Azad said on Thursday.

“My party high command has already made it clear that the Congress is not averse to making a prime minister from any regional party,” Mr Azad told reporters in Shimla.

He was asked if the Congress will be ready to support any regional party leader for the PM’s post even if it emerges as the largest party in a hung Parliament.

Speaking in the same vein in Patna on Wednesday, Mr Azad had said the Congress will not make it an issue if the PM’s post is not offered to it.

Mr Azad’s remarks assume significance as the Congress has been asserting that it would be the fulcrum of any non-NDA government, which was seen as its claim for the PM’s post and had led some major regional parties to maintain a distance from it.

Congress chief spokesperson Randeep Surjewala, however, seemed not to agree with Mr Azad.

On the question that in the event of no party getting simple majority in Lok Sabha polls, whom should the President call, Surjewala said, “I think the norm on that is fairly established by the Supreme Court...And the norm as I understand is whoever has the largest number in pre-poll alliance is normally called first. And that is the settled principle as laid down by the Supreme Court."