The Election Commission has completely abdicated its Constitutional duty under Article 324 to ensure a level playing field. 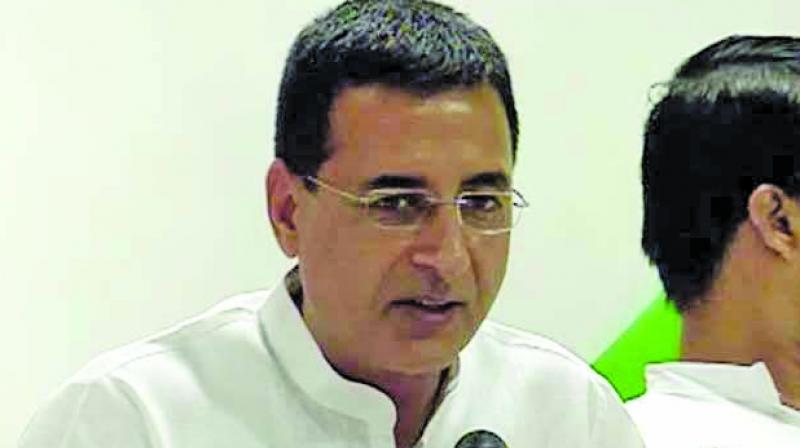 New Delhi: The Congress on Thursday accused the Election Commission (EC) of losing its credibility and independence and said time has come to review the process of the poll panel’s appointment.

Asking whether the model code of conduct had become the “Modi code of misconduct”, Congress’ chief spokesperson Randeep Surjewala said the EC order curtailing campaigning in West Bengal by 20 hours is a “dark spot” on India’s democracy and institutions like the poll panel.

In the first such action in India’s electoral history, the poll panel on Wednesday invoked Article 324 of the Constitution to end  campaigning in nine West Bengal constituencies at 10 pm on Thursday, a day before its scheduled deadline, following violence between BJP and TMC workers in Kolkata. “The Election Commission has completely abdicated its Constitutional duty under Article 324 to ensure a level playing field, besides negating the due process under Article 14 and 21 of India’s Constitution,” Mr Surjewala told reporters.

“Time has come to review the process of appointment of Election Commission. Should it only remain an appendage to the ruling dispensation or is it a constitutional body which is so intrinsically important to our democracy that its appointment requires to be mandated and tapered through a fair, transparent process like in many other cases?” he asked.

“The debate, in his view, must happen for democracy to thrive and survive and the the entire process of appointment of the Election Commission needs to be reviewed. The Congress, a responsible political party, has never cast unwarranted aspersions on the actions of Constitutional bodies,” the Congress leader said.