The Union minister said the Congress government formed in MP in December has failed on all the fronts. 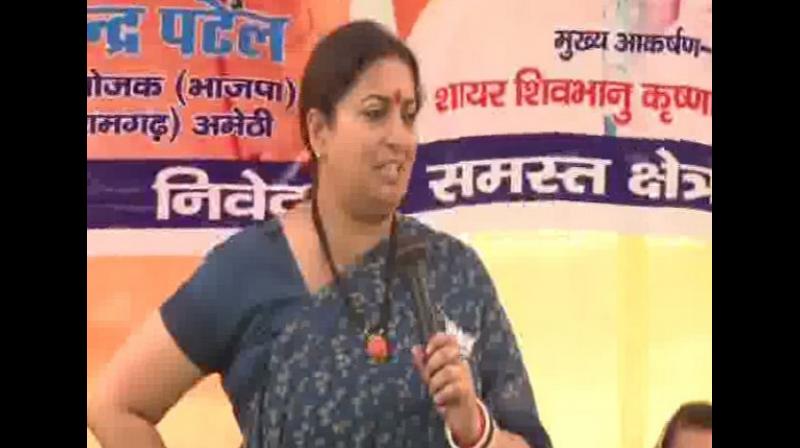 "The Congress was so flustered in Amethi that its general secretary, after offering namaz for votes there, now visited the revered Mahakal temple in MP's Ujjain district," Irani said in a public meeting without naming Priyanka Gandhi Vadra.

Irani contested the Lok Sabha election against Congress chief Rahul Gandhi from Amethi seat, where his sister played a key role in drumming up support for him.

Priyanka Gandhi Vadra had visited the Mahakal temple two days back and offered prayers there.

She had held a roadshow in Ujjain. Irani further accused the Congress chief of spreading lies. "Before last year's MP assembly elections, Rahul Gandhi had promised loan waiver to farmers, but after his party came to power in the state he has betrayed them. Now he is saying that he does not have a magic wand," she said.

Ahead of MP assembly polls, Rahul Gandhi had said that money would be given to unemployed youth, but this did not happen, she said.

The Union minister said the Congress government formed in MP in December has failed on all the fronts. "Power cuts have become the order of the day," she added.

Irani later addressed an election rally at Satvas area in Dewas district under Khandwa Lok Sabha seat and slammed the Congress saying it has cheated the farmers on the loan waiver promise.