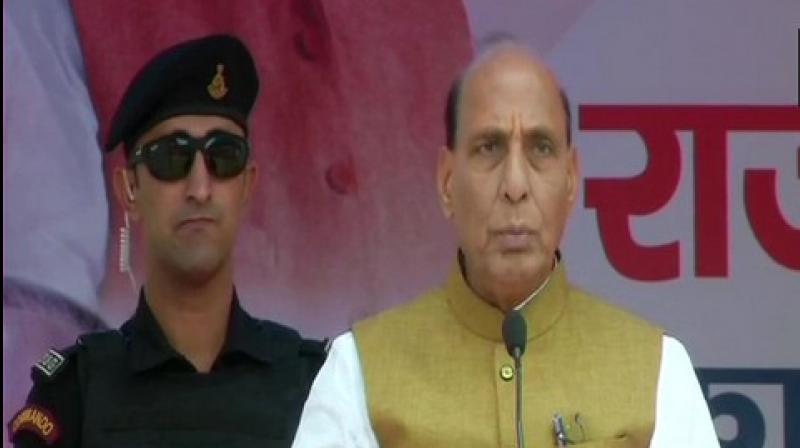 Mandi: Union Home Minister Rajnath Singh on Thursday said that inflation is not an issue in the ongoing elections as it has been well controlled by Prime Minister Narendra Modi-led government at the Centre.

"If you go through Indian elections' history, you will see inflation was an issue in all of them. People used to sing 'Congress sarkar aayi hai, kamartod mehengai layi hai' (Congress government has come and brought high inflation along with it). But 2004 and 2019 are two elections where there were issues but inflation was not one of them," Singh said while addressing an election rally here.

"There was Atal Bihari Vajpayee's government before 2004 and Narendra Modi's before 2019. Both of them handled economic management well and attacked corruption. Pakistan's inflation rate is 10-12 per cent and India's is 2-3 per cent. We did not let inflation cross Indo-Pak border and enter here," he said.

The four Lok Sabha seats in Himachal Pradesh, including Mandi, would go for polling on May 19. The counting of votes will take place on May 23.