ECI declared the poll held on April 11 in 5 stations as void and ordered repolling on May 19. 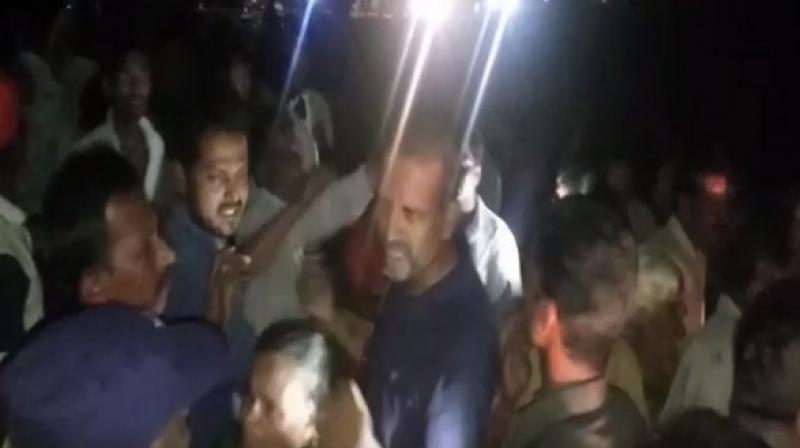 Women tried to attack Mohit Reddy with broom sticks. He sat at the entrance of the village to stage a protest. (Photo: ANI)

Women allegedly tried to attack Mohit with broom sticks. Later, Mohit along with his party workers sat at the entrance of the village to stage a protest.

Earlier this month, YSR Congress candidate Chevireddy Bhaskar lodged a complaint with the EC stating that voters belonging to a particular community were not allowed to exercise their franchise when polling was conducted on April 11.

Moreover, the CEO reportedly received some complaints from other sources as well.

On Wednesday, the Election Commission of India (ECI) declared the poll held on April 11 in these five stations as void and ordered re-polling on May 19.