Last phase of seven phased polling will be over on May 19 and the results will be out on May 23. 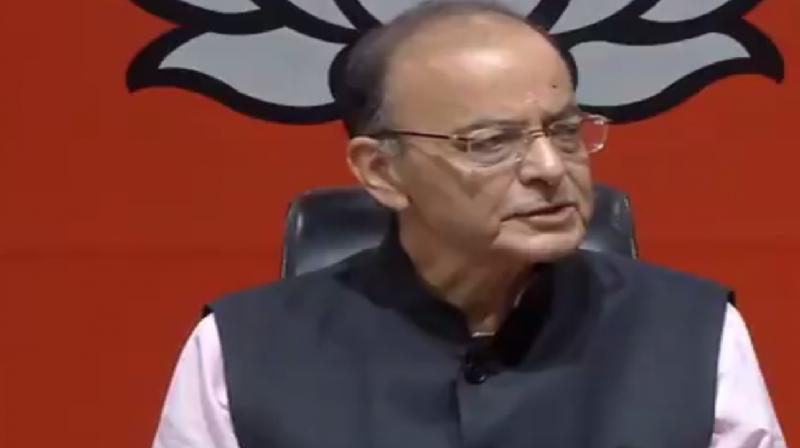 New Delhi: With exactly a week remaining for the 2019 general polls’ mandate to be out, the BJP on Thursday claimed that the “groundswell in favour” of Prime Minister Narendra Modi is “becoming stronger” as an aspirational society looks for a better tomorrow and is “averse to suicidal choices.” Taking a jibe at the Opposition, the ruling party said that the “frightening and scary scenario” that the Opposition promises will be responsible for its rout. Last phase of seven phased polling will be over on May 19 and the results will be out on May 23.

In a blog post titled: “The frightening and scary scenario of India’s Opposition,” Union minister Arun Jaitley said the PM’s acceptability among the masses are his “decisiveness, integrity and performance, delivery of resources to the poor and his security  doctrine which has been   a   game changer.” He said that unlike the Opposition camp, the NDA’s strength has  been a complete absence of any confusion about leadership or programme and an absolute consensus.

“The not so positive reason for the Prime Minister’s high acceptability levels is the absence of any cogent or coherent alternative. Conventionally, it used to be referred to as the ‘TINA’ factor.  This effectively means that ‘There is no alternative.’  If the Opposition is giving vague assurances of an alternative, the same is either too scary or  absolutely frightening,” wrote the senior BJP leader.

Calling the Opposition camp “fractured,” the senior leader said Opposition parties have no agreement on either a leader or programme and the comman point betweeb them is just to “get rid of one person.”

“They are a completely fractured opposition which could not come together before or during the election. Who will believe their assurance that they can come together after the election?,” asked the Union minister.