A total of 61 persons are said to have died while 15 others are still missing on account of the rains. 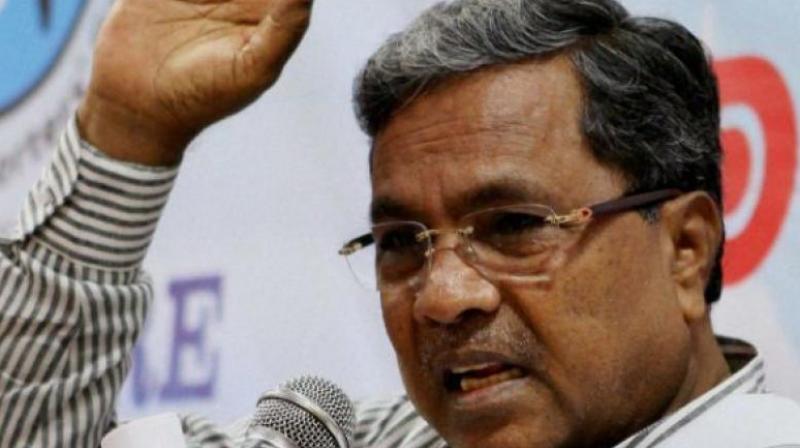 As per the IMD, the state received more than 279 per cent rainfall during the period from August 3 to August 10 which is highest in the last 118 years. (Photo: File)

Bengaluru: Former Chief Minister and Congress leader Siddaramaiah on Saturday lashed out at Prime Minister Narendra Modi and accused him of 'ignoring Karnataka' at the time when heavy rains and floods have wreaked havoc in the state.

"None of the previous governments or Prime Ministers, including Atal Bihari Vajpayee, had ignored Karnataka during natural calamities. But the attitude of Narendra Modi towards Karnataka and B S Yediyurappa, in spite of 25 MPs, is disgraceful," Siddaramaiah tweeted.

As per the IMD, the state received more than 279 per cent rainfall during the period from August 3 to August 10 which is highest in the last 118 years.

A total of 61 persons are said to have died while 15 others are still missing on account of the rains. The worst affected is the Belgaum district where 13 people have lost their lives while four are missing.

As many as 1,160 relief camps are currently operational in the state with 3,96,617 people taking shelter in them.

This is not the first time the Congress leader has accused the Central leadership of being biased against the interest of the state. Earlier on August 11 too, he had accused them of being ignorant of the situation in Karnataka and demanded an assistance of Rs 5,000 crore.

"The Central government is still sleeping even after seeing the severity of floods and the damages due to floods. It should immediately declare this as a national disaster. Prime Minister Narendra Modi should visit these places, conduct a scientific survey and release Rs 5,000 crore," his tweet read.

On the same day, he had urged Karnataka Chief Minister B S Yediyurappa to form his cabinet soon as it would help the ongoing relief measures in different parts of the state.

"There should not be any politics in this distress situation. It will be very difficult for Chief Minister B S Yediyurappa to act alone and is quite impossible to ensure justice in all the departments. I urge him to immediately form the Cabinet and make ministers in-charge for each district," it added," he said in another tweet.

Yediyurappa who took oath as the Chief Minister on July 26 is yet to form his Cabinet. His move has been criticised by the opposition leaders who allege that the scale and quality of relief work in Karnataka is being hampered due to the lack of ministers.