Shah Faesal was detained when headed for ICJ against Article 370: report

Putting a full stop to his plan, the former bureaucrat was taken at the Sheri Kashmir International Convention Centre at Srinagar. 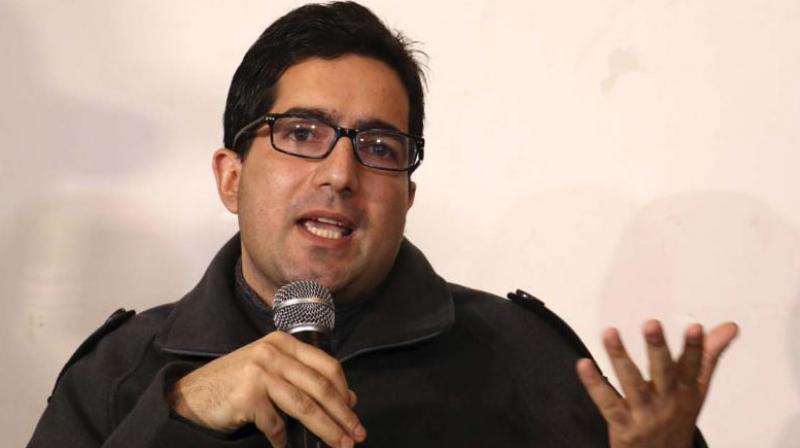 In January 2019, Faesal resigned from the civil services to join politics. (Photo: File)

New Delhi: When J&K Peoples Movement (JKPM) President Shah Faesal was detained at Delhi airport and sent back to Kashmir, he was on his way to the International Court of Justice.

On Wednesday morning, when the former IAS officer was arrested under the Public Safety Act (PSA), he was bound to fly to Istanbul from where he was scheduled to reach the ICJ, in The Hague, Netherlands, to file a case against the Indian government for revoking Article 370, the New Indian Express reported.

Putting a full stop to his plan, the former bureaucrat was taken at the Sheri Kashmir International Convention Centre at Srinagar.

Faesal's mother Mubeena Banoo, however, had said he was planning to go to the US for a personal visit, Firstpost reported.

“I learned of his detention only on television,” Mubeena Banoo said. She informed he had left for Delhi to go to the US in connection with his academic pursuits and had also planned to visit Turkey.

His family members also said they came to know about his arrest only through news reports and had no information about his whereabouts, since his detention.

Since detention, “only women members of the family have been allowed to meet Faesal,” said an official from the JKPM to the New Indian Express.

In January 2019, Faesal resigned from the civil services to join politics. He had asserted that he took the decision because of "unabated killings" in Kashmir and hence launched his own party.