How can a constitutional office be under surveillance?, the Bengal governor asked 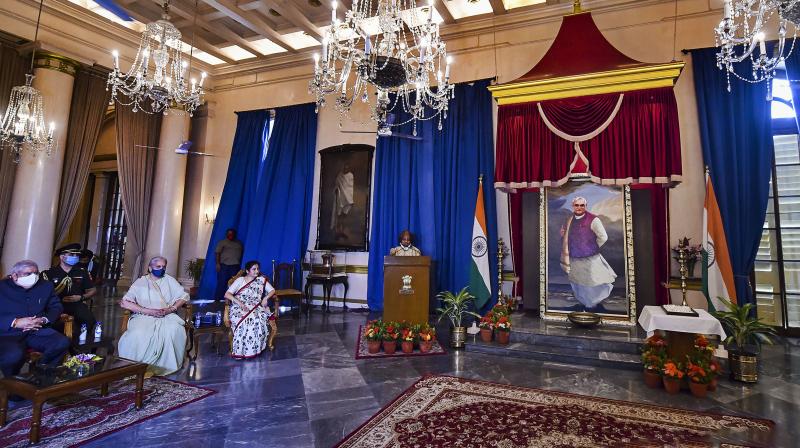 In an explosive outburst, West Bengal governor Jagdeep Dhankhar on Sunday alleged that Raj Bhavan, his official residence-cum-workplace, was under surveillance by the Mamata Banerjee government. He also claimed that Maoism had returned to the state.

“Raj Bhavan is under surveillance. This should not happen. It undermines the sanctity of Raj Bhavan. I will do everything to protect its sanctity. How can a constitutional office be under surveillance? I will take legal steps once our inquiry is over. Public servants should not get into political mode. Nobody is above the law,” an angry governor told the media at an event to mark former Prime Minister Atal Behari Vajpayee’s second death anniversary.

Mr Dhankar claimed: “Important documents, which should not go out of Raj Bhavan without my sanction, are getting leaked outside. Documents are procured. I have initiated a very serious probe. Those who have done this have to pay a heavy price. On August 14 a document was shared electronically using an app from here. That document came back to me from the highest authority of the government.”

Mr Dhankhar added: “Maoism is now getting visible with the support of state actors. West Bengal needs peace, tranquility and law and order.” His latest salvo came hours after he expressed strong displeasure over the CM absence at Raj Bhavan’s “At Home” function.

Mr Dhankhar tweeted: “Absence of CM and officials @MamataOfficial on occasion of Independence Day celebrations at Raj Bhavan has like many startled and stunned me.” In another tweet, sharing a photo of an empty chair reserved for the CM, he added: “The vacant seat meant for CM @MamataOfficial at celebration of Independence Day at Raj Bhavan speaks volumes -- has created unwholesome situation that is not in sync with rich culture and ethos of WB. There is just no rationale for this unbecoming stance.”

On Saturday morning, however, Ms Banerjee had visited Raj Bhavan and greeted Mr Dhankhar on Independence Day, in what appeared to be a “cordial meeting”, sources said.