‘Cong has always been against Ambedkar and his ideology. That is why he had to resign as India’s first law minister,’ she said. 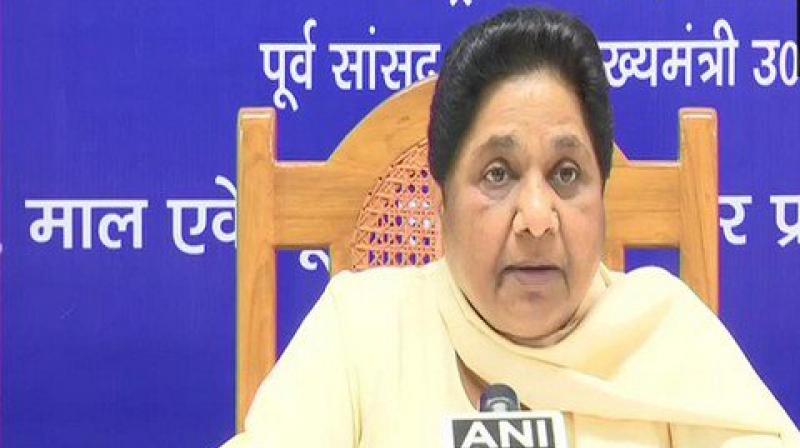 Jaipur: In a huge setback, all six MLAs representing Mayawati’s Bahujan Samaj Party (BSP) in Rajasthan switched sides and joined the state Congress party late on Monday. Mayawati’s anger to this was clear from her tweets on Tuesday, reported NDTV.

The BSP's Rajendra Guda, Jogendra Singh Awana, Wajib Ali, Lakhan Singh Meena, Sandeep Yadav and Deepchand Kheria have joined the Congress, taking its tally to 106 in the 200-member assembly. The move is significant just two months ahead of local body elections due in November.

"The Congress has always been against B R Ambedkar and his ideology. That is why Ambedkar had to resign as the country's first law minister. The Congress never honoured him with a Bharat ratna, which is sad and shameful," tweeted Mayawati.

"The Congress party in Rajasthan, by creating a split among the BSP MLAs, has once again proved that it is untrustworthy and a cheat," she fumed.

"The Congress, instead of fighting its bitter rivals, always harms the parties that support it," she tweeted.

The MLAs, who had been in touch with Chief Minister Ashok Gehlot, met Assembly Speaker CP Joshi and submitted a letter informing him about their decision to join the Congress. With all six joining the Congress, they have bypassed the anti-defection law.

"We took a decision in order to fight against communal forces and to work for the development of the state and stability of the government. Ashok ji is the best Chief Minister and no one can be better than him for Rajasthan. I was impressed with his style of working and polity," Rajendra Guda told news agency ANI.

Guda had given an indication of a switch when he went public with allegations that his party demanded money to nominate candidates for elections.

Another MLA, Jogendra Singh Awana, said it was difficult for them to support Congress from outside.

"We have given our resignation letter and also met CP Joshi ji and Ashok ji today. There were several challenges in front of us. On one hand, we were supporting Congress for the development of the state and on the other, we were fighting against them in elections. We all gave a thought to it. We took a decision in favour of the state," he said.

In the Rajasthan elections last year, Congress had won 100 seats, defeating the BJP, which ended up with 72. Besides the support of the BSP's six members, the Congress had also received the backing of 12 of 13 independent MLAs.

Since then, the Congress's ties with Mayawati have been more and more strained. She refused to include the Congress in the UP grand alliance with her rival Samajwadi Party for the national election and incessantly targeted the party, clubbing it with the BJP during her campaign.