From health camps to administration of Covid vaccines and booster doses, the party leaders will also be 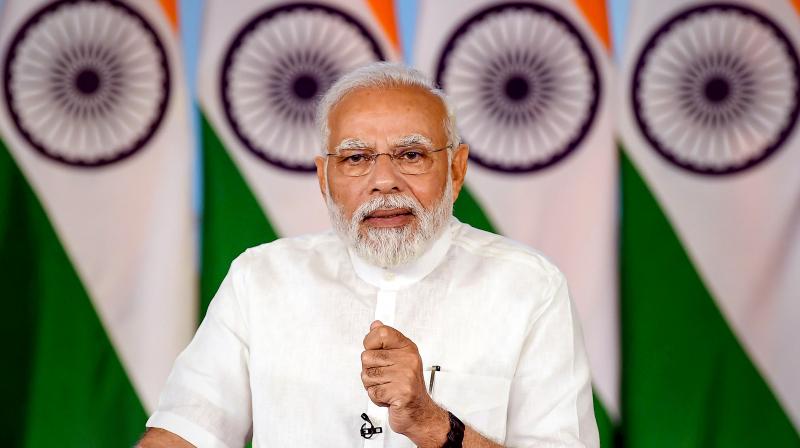 New Delhi: The BJP will celebrate Prime Minister Narendra Modi's 72nd birthday on September 17 by holding a fortnight-long "seva" campaign, reaching out to the "poor and downtrodden and improve their quality of life". From health camps to administration of Covid vaccines and booster doses, the party leaders will also be "adopting" patients suffering from tuberculosis. The BJP leaders will be organising these events in all the 964 districts of the country. The party will also organise "swacchta abhiyans" across the country as part of the campaign.

Giving details of the campaign BJP national general secretary Arun Singh said the campaign will start on September 17 and conclude on October 2, the birth anniversary of Mahatma Gandhi.

Singh said the primary objective of the fortnight-long campaign is to "reach out to the poor and downtrodden and improve their quality of life".

As part of the campaign, the workers of the saffron party will organise "unity in diversity" festivals in all districts and send out the message of "Ek Bharat, Shresth Bharat" (One India, Great India) to the people.

As part of these festivals, the BJP functionaries will identify a state different from their own and adopt its language and culture for a day. The party will also distribute aid and assistive equipment among the "divyangs" and also promote khadi products.

"The welfare of the poor and downtrodden is the focal point of the welfare schemes of the government led by Mr Modi," Singh said.

The party has formed an eight-member panel led by Mr Singh to monitor the campaign.

The BJP has been celebrating Mr Modi's birthday as "Seva Diwas" (Day of Service) for years by organising welfare activities across the country for a fortnight.