Soon after the verdict, AIMPLB had expressing dissatisfaction with it and said the board was considering seeking a review of the judgment. 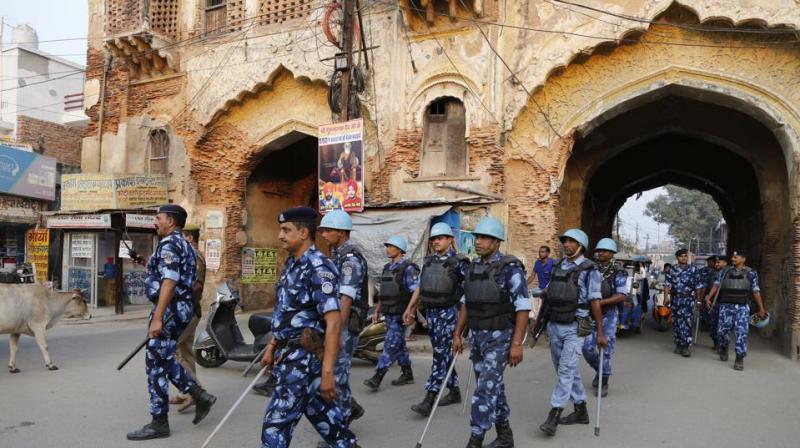 The All India Muslim Personal Law Board (AIMPLB) on Saturday held a brainstorming session with different Muslim parties over the Supreme Court verdict in the Ayodhya case, ahead of a crucial meeting to decide whether to go for a review of the top court's judgement. (Photo: File)

Lucknow: The All India Muslim Personal Law Board (AIMPLB) meeting is underway to deliberate on whether or not to seek a review of the Supreme Court’s verdict on the Ramjanmabhoomi-Babri Masjid title suit last week that paved the way for the construction of the Ram Temple in Ayodhya.

The parties met All India Muslim Personal Law Board general secretary Maulana Wali Rahmani and discussed the Ayodhya issue, Zafaryab Jilani, who is secretary of the board, said.

They said that the Supreme Court decision is "not understandable" and so there is a need to go for a review, Jilani said.

In a unanimous verdict last week, the Supreme Court cleared the way for the construction of a Ram temple at the disputed site in Ayodhya and directed the Centre to allot a five-acre plot to the Sunni Waqf Board for building a mosque.

Soon after the verdict, the AIMPLB had expressing dissatisfaction with it and said the board was considering seeking a review of the judgment.

Jilani said the AIMPLB will hold a meeting on Sunday to decide whether to go for a review of the top court's verdict.

He also said the Muslim parties were of the view that the five-acre land for a mosque in Ayodhya as proposed by the Supreme Court should not be taken.