The Sena also accused BJP of having intentions to indulge in 'horse-trading' in the state. 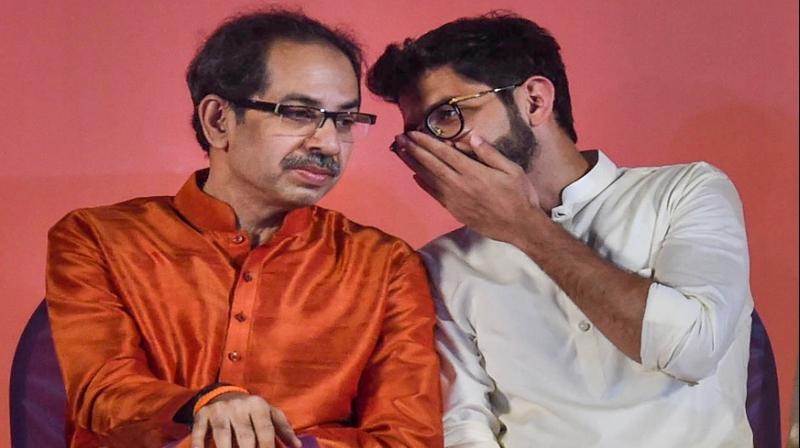 The Shiv Sena, which is holding talks with the Congress and NCP for government formation in Maharashtra, said on Saturday that it would not attend a meeting of NDA constituents on the eve of the winter session of Parliament. (Photo: File)

Mumbai: The Shiv Sena, which is holding talks with the Congress and NCP for government formation in Maharashtra, said on Saturday that it would not attend a meeting of NDA constituents on the eve of the winter session of Parliament.

Sena leader Sanjay Raut also said that formal severance of ties with the BJP-led National Democratic Alliance was now only a formality, and he had "learnt" that Sena MPs would now be sitting on opposition benches.

"I have learnt that the meeting (of NDA constituents) is being held on November 17. We had already decided against attending the meeting considering the developments in Maharashtra...our minister resigning from the Central government," Sanjay Raut said.

When asked if only a formal announcement of the Sena walking out of the NDA remains to be made, Raut said, "You can say that. There is no problem with saying that". Raut also said that we have learnt that sitting arrangement of our MPs in the house has changed, implying that Sena MPs would occupy opposition benches in Parliament.

"Those with 105 seats had earlier conveyed to the governor that they do not have the majority. How come they are now claiming that only they will form the government?" the Sena mouthpiece asked. "...the intention of horse-trading stand exposed now," it added.

The Sena also accused the BJP of having intentions to indulge in "horse-trading" in the state, which is under President's rule since November 12.

The Uddhav Thackeray-led party fell out with the BJP over sharing of chief minister's post after the two allies won a comfortable majority in the last month's assembly polls.

The Sena, NCP and Congress have reached a consensus on a Common Minimum Programme (CMP), the basis of their proposed alliance government, and there was no need to discuss it in Delhi, Raut said.

Earlier in the day, the Sena mouthpiece ‘Saamana’ sharpened its attack on the BJP in its editorial over a statement by state BJP chief Chandrakant Patil. Patil had said on Friday that with the support of independents, his party's tally in the 288-member Assembly stands at 119, and it will form government soon.

Maharashtra was placed under President's rule on November 12 after no party or alliance staked claim to form government. The Sena reached out to the Congress-NCP combine for support after its alliance with the BJP collapsed.

The BJP and the Sena, which fought the October 21 polls in alliance, secured a comfortable majority by winning 105 and 56 seats, respectively, in the 288-member assembly. The Congress and NCP, pre-poll allies, won 44 and 54 seats.

Meanwhile, former chief minister Devendra Fadnavis was quoted as saying that the BJP would form the government.

The BJP held a meeting of its defeated candidates here on Saturday. Chandrakant Patil told reporters later that Fadnavis expressed confidence that the party would form government.