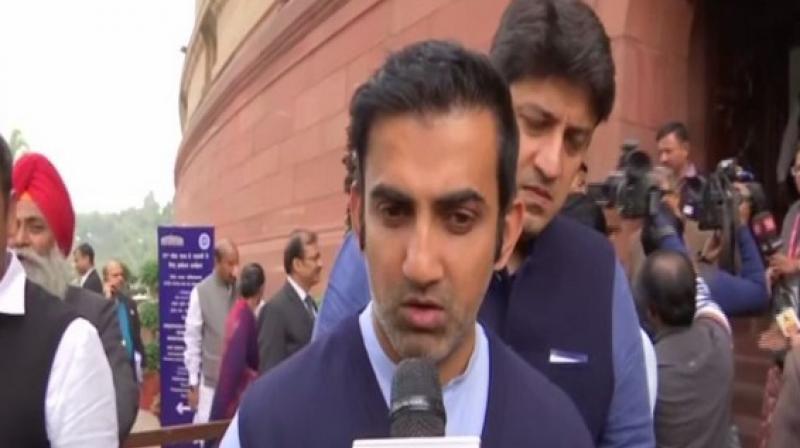 "The most unfortunate thing was a video which I had tweeted where an AAP MLA was instigating young children. You want to do politics on the shoulders of young children who have come to build their future," the cricketer-turned-politician told news agency ANI.

"I pray and wish that students don't take law in their hands. This issue should not be politicised as this act is not against any Indian," he said.

Several students and police personnel were injured on Sunday after a protest against the new citizenship law turned violent at the Jamia University.