The opposition has demanded a judicial probe into Sunday's police action against Jamia students. 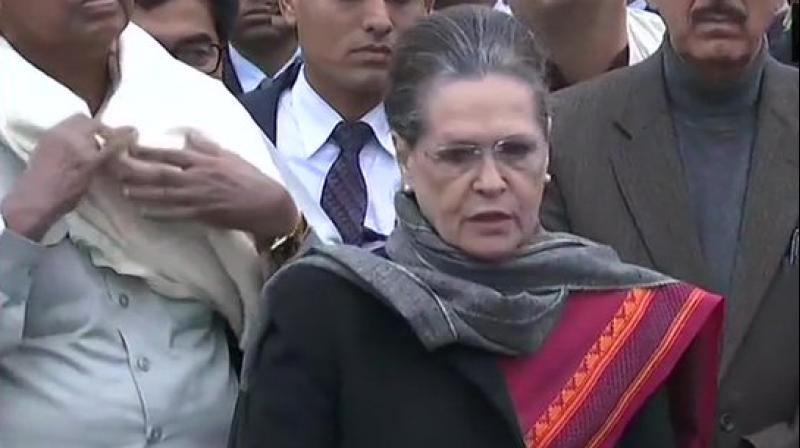 New Delhi: Congress president Sonia Gandhi on Tuesday accused the Modi government of "shutting down" people's voices and bringing legislations which are not acceptable to them.

“I think you all have seen that Modi government seems to have no compassion when it comes to shutting down people's voices and implement legislation,” said Sonia Gandhi addressing media here.

After leading a delegation of opposition leaders to President Ram Nath Kovind to protest the police action against Jamia university students and also against amendments to the Citizenship Act, Gandhi told reporters that the situation was "very serious".

Joined by leaders of various parties, she said they were very anguished at the manner in which police dealt with peaceful protesters exercising their democratic rights, and added that police personnel entered women's hostels in Jamia Millia Islamia and "mercilessly" beat up students.

“The situation in the Northeast which is now spreading  throughout country including the capital because of the act, is a very serious situation, we fear that it may spread even further. We are anguished at the manner in which police dealt with peaceful demonstration,” she added.

The opposition has demanded a judicial probe into Sunday's police action against Jamia students.

The opposition leaders had on Monday said they would lodge their protest with the president against the government over the police action and the amendments to the citizenship law.