Front-runner Manoj Sinha says ‘I’m not in any race’. 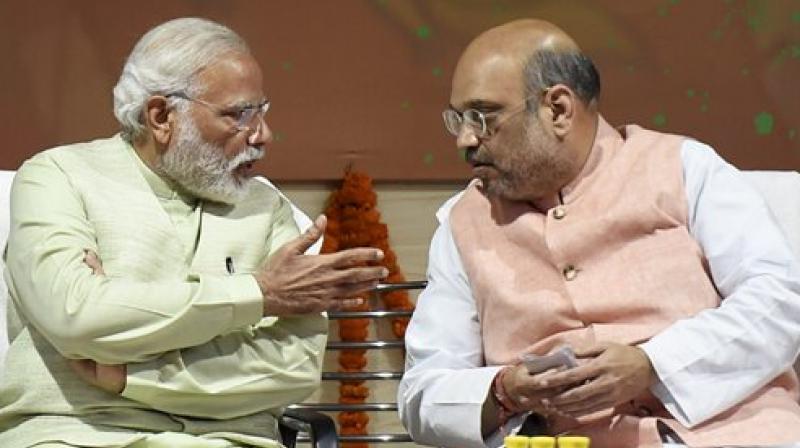 New Delhi: The much-awaited name of the next chief minister of Uttar Pradesh might be announced by Saturday when the newly-elected BJP MLAs will meet in Lucknow to elect the legislature party leader. Preparations have also begun in the state capital for Sunday’s swearing-in ceremony at the Kanshiram Smriti Upvan. The BJP had bagged 325 seats along with its allies in the 403-member Assembly.

Union minister of state Manoj Sinha, who is seen as the front-runner for the UP CM’s post, claimed on Friday that he was “not in any race”. Other names for the top post are of Lucknow mayor Dinesh Sharma, MLAs Suresh Khanna and Satish Mahana and state unit chief Keshav Maurya. Speculation is rife that a “dark horse” might also emerge as the CM.

Before heading to his parliamentary constituency, Ghazipur, Mr Sinha replied to queries on his name being in the reckoning for CM, saying: “Naa, mujhe kisi race kaa pata hai, naa main kisi race main hoon (Neither do I know about any race [for CM], nor am I in any race).”

In a statement in Lucknow, UP governor Ram Naik said the “new chief minister of Uttar Pradesh, along with his Cabinet colleagues, would take the oath on March 19 at 5 pm at Kanshiram Smriti Upvan”.

When asked about party president Amit Shah’s remarks that he had given “Maurya the responsibility to select the Uttar Pradesh chief minister”, the state unit chief said Mr Shah’s remark “was said in a lighter vein... Whatever is my responsibility as the party’s state president I will fulfill that”. After these remarks, speculation is rife that Mr Maurya’s name is out of the race for CM.

State BJP spokesman Rakesh Tripathi said the legislature party meeting will be held on Saturday at Lok Bhavan, the newly-constructed chief minister’s office which is adjacent to the state BJP office. The party’s central observers — Union minister M. Venkaiah Naidu and national general secretary Bhupendra Yadav — will be present at the meeting to elect the chief minister.

Kanshiram Smriti Upvan is being decked up for the swearing-in ceremony, which is likely to be attended by Prime Minister Narendra Modi, BJP president Amit Shah and other top party leaders. Several BJP chief ministers are also expected to be present at the ceremony.