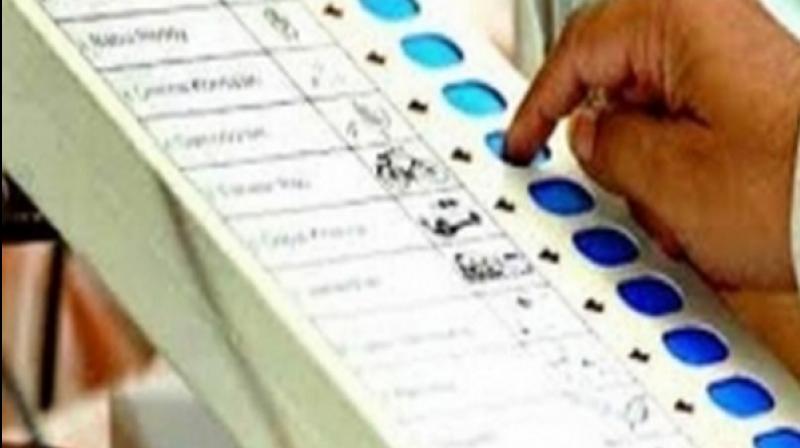 The fight in Tamil Nadu has always been bilpolar – between the AIADMK and the DMK. (Representational Image)

Mumbai: This is the first time that Tamil Nadu is going to vote without the towering presence of its two late politicians J Jayalalithaa and M Karunanidhi.

These elections will crucially put to test Karunanidhi’s younger son and chosen heir M K Stalin’s popularity among the masses. While Dravida Munnetra Kazagham’s Stalin has an edge over opposition AIADMK, it remains to be seen whether he will be able to comfortably guide home his party.

The leadership of AIADMK’s Chief Minister Edapadi Palaniswami and his deputy O Paneerselvam will also be tested – to see if they can harness enough goodwill to post a serious challenge to the DMK.

After Jayalalithaa’s death, the AIADMK was beset by leadership crisis and a fierce struggle for power which saw Jaya aide Sasikala’s nephew TTV Dhinakaran leave the party and form his own AMMK.

The fight in Tamil Nadu has always been bilpolar – between the AIADMK and the DMK.

This time, however, the AIADMK is part of the NDA’s eight-party alliance. The party, wrought with infighting, is contesting 20 seats. The BJP has got five, S Ramadoss’ PMK six and DMDK 4 among others. Jayalalithaa in 2014 had, however, declared her party would fight alone in future.

In opposition, is the DMK and Congress combine in the nine-party secular progressive alliance. The DMK is also fighting in 20 seats and the Congress in 10 of the total 39 going to votes.

Both national parties are piggybacking the Dravidian parties to get enough numbers for possible coalitions at the Centre.

The two top parties are fighting in 20 seats each but face each other directly in eight seats.