The allegation comes ahead of the crucial floor test in Karnataka scheduled for 4 pm tomorrow. 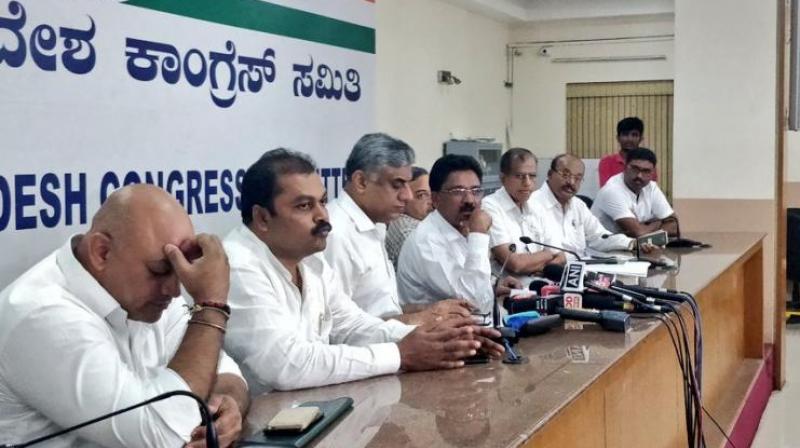 Congress claims that BJP-linked Janardhana Reddy has tried to bribe one of its lawmaker to switch sides.(Photo: Twitter/ANI)

Bengaluru: The high-voltage political drama in Karnataka continues to intensify with the Congress now claiming that BJP-linked Janardhana Reddy has tried to bribe one of its lawmaker.

The allegation comes ahead of the crucial floor test in Karnataka scheduled for 4 pm tomorrow.

"Janaradhana Reddy clearly says he has the backing of BJP President Amit Shah for doing horse trading," Congress alleged in a tweet after its leaders played out the clip at a press conference.

Responding to the allegation, Union Minister and BJP leader Prakash Javadekar said, "This audio CD is one of the handiworks of Congress' dirty tricks department. This is a fake CD."

The two parties, which together have 116 MLAs, are trying to protect their flock amid fear that BJP may poach some of their lawmakers to reach the magic number of 112.

The BJP which emerged as the single largest party won 104 seats but fell short of 8 seats to meet the majority mark.

The Congress and JD(S) had initially kept their newly-elected legislators in Bengaluru hotels but moved them to Telangana capital Hyderabad about 600 km away on Thursday night.