J&K leaders will be freed in less than 18 months: Union minister 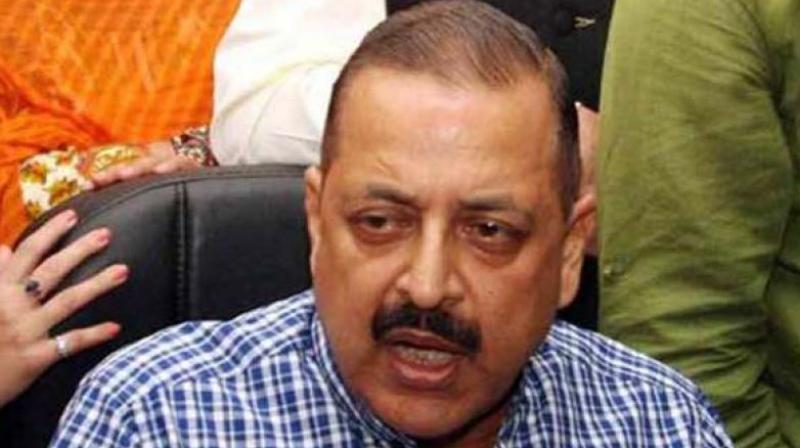 Jitendra Singh is the first to speak on how long the leaders could remain under detention or house arrest. (Photo: File)

New Delhi: Jailed Jammu and Kashmir leaders will certainly be freed in less than 18 months, a central government functionary has said, in a veiled reference to the duration of the Emergency when Congress had suspended people’s rights between 1975 and 1977.

Union Minister of State in the PMO, Dr Jitendra Singh said leaders who are under house arrest since August 4 – a day before the abrogation of Article 370 – said at an event that he always puts the time frame as “less than 18 months” whenever media asks him that question.

Farooq Abdullah has now been detained under the stringent Public Safety Act (PSA), which enables authorities to detain any individual for two years without trial.

Jitendra Singh is the first to speak on how long the leaders could remain under detention or house arrest.

He echoed his party’s stand on statehood of Jammu and Kashmir, and said, ”As the situation normalises, statehood will be reverted.”

Singh said it would not take 72 years, in an apparent reference to the continuation of Article 370 for seven decades.

He said with the dilution of Article 370, the dream of Shyama Prasad Mookerjee has come true. The Jan Sangh founder Mookerjee ceaselessly fought for one flag, one Constitution and one Prime Minister for the whole country.

Singh further said under Prime Minister Narendra Modi’s regime there was no place for anti-national and separatist activities.

He also lashed out at workers and leaders of the National Conference (NC) and Peoples Democratic Party (PDP).

He said these politicians kept the innocent people of Jammu and Kashmir in the dark for 70 years in the name of Articles 370 and 35A to ensure their dynastic rule remained uninterrupted.

When asked about concern in certain quarters regarding outsiders getting jobs in the state, Singh said every state and Union territory had its own set of rules for recruiting people. He took Kathua as an example and said many from the region has found work in neighbouring Punjab which has no special status.

He said with the abrogation of Article 370, a new era of development would start in the state and people of all sections of society will benefit.