On Tuesday, Kumar failed to get relief from district and sessions court in Barasat on his anticipatory bail application in Saradha case. 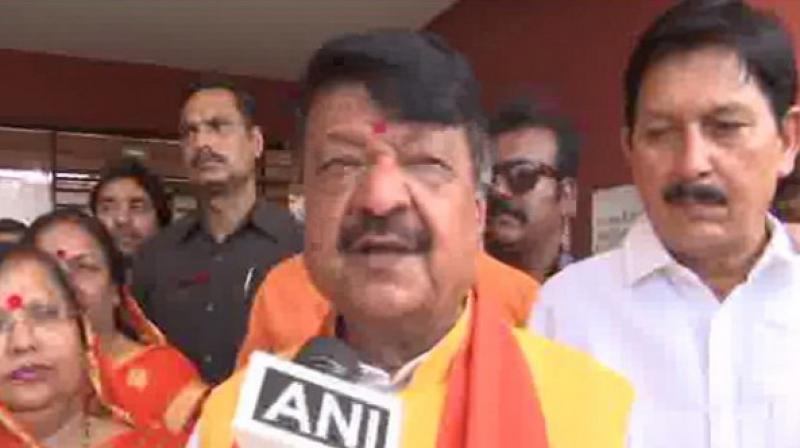 Vijayvargiya said Banerjee is worried because she knows that Kumar’s arrest would ensure that ‘half of her state cabinet end up in jail’. (Photo: ANI)

On Tuesday, Kumar failed to get relief from a district and sessions court in West Bengal’s Barasat on his anticipatory bail application in the Saradha chit fund case. A special court had refused to hear his plea too.

Vijayvargiya claimed that the reasons behind Banerjee meeting PM Modi are fairly obvious. “Earlier she used to abuse Prime Minister Narendra Modi on each and every issue. She had said that she does not feel the need to respect Modiji as the prime minister. She didn’t attend the swearing-in ceremony, NITI Aayog meeting and the meeting of the chief ministers. Then, why now,” said Vijayvargiya.

Mukul Roy, the former right hand man of the Bengal CM and now with the BJP, said Banerjee meeting PM Modi is a victory for BJP.

Vijayvargiya said Banerjee is worried because she knows that Kumar’s arrest would ensure that “half of her state cabinet end up in jail”.

Bengal’s Opposition parties, however, attacked the state government over the timing of the meeting. “Rajeev Kumar has nearly ruined his career by trying to suppress misdeeds of Bengal’s ruling party leaders. Now that the noose around him has tightened and other officers in Mamata Banerjee’ government have started to panic, she is out to protect her nephew (and Lok Sabha MP Abhishek Banerjee) and herself,” said Left legislator Sujan Chakraborty.

The meeting between PM Modi and Mamata Bnberjee, scheduled around 4.30 pm on Wednesday, will take place at the PM’s residential office at 7 Lok Kalyan Marg. It was earlier planned at South Block. After a gap of more than two years, Banerjee will hold an exclusive meeting with Modi.