To landmark the 250th session of the Rajya Sabha, PM Modi congratulated all the Members of Parliament. 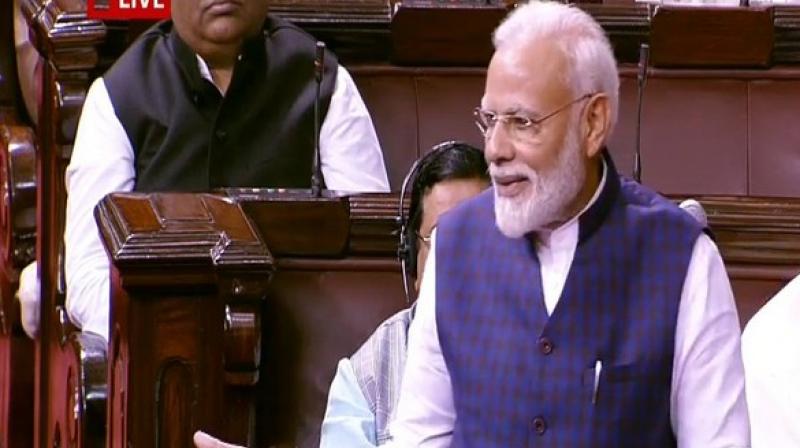 "It is the soul of federal structure of India which never gets dissolved," said PM Modi calling it as “eternal”.

To landmark the 250th session of the Rajya Sabha, PM Modi congratulated all the Members of Parliament. He said, “250th in itself is not just time but a journey.”

He also said the Rajya Sabha gives an opportunity to people away from electoral politics to contribute to the country and its development.

Reminiscing Atal Bihari Vajpayee Ji, during the 200th session of the Rajya Sabha in 2003, PM Modi said: "No one should make the mistake of treating our second House (Rajya Sabha) as the secondary house. It should remain being the supporting house for India's development."

Rajya Sabha, Modi said, enables furthering the spirit of cooperative federalism. He said the constitution inspires us to work for a Welfare State but also motivates us to work for the welfare of states.

"Whenever it has been about good of the nation, Rajya Sabha has risen to the occasion. It was widely believed that Triple Talaq bill would not pass here but it did. Even GST became a reality after it was passed in this house," said the Prime Minister.

The Prime Minister also said Rajya Sabha is about checks and balances. "This is absolutely essential ... here is also a difference between checking and clogging," he said.

Ahead of the Winter Session, Prime Minister Narendra Modi said he hoped for frank discussion on all the matters.

The Winter Session is scheduled to go on till December 13 and will provide a total of 20 sittings spread over a period of 26 days, including four Private Members' days.

This will be the second session of the Parliament since Prime Minister Narendra Modi returned to office with a bigger majority for the second successive term.