Earlier, state Congress chief Niranjan Patnaik too had announced waiver of farmer loans if Congress comes to power in Odisha in 2019. 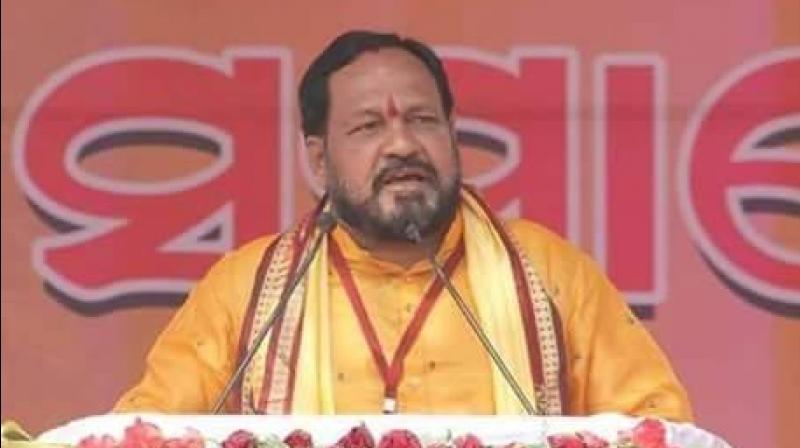 The announcement was made by BJP state president Basant Panda at a press conference in Odisha. (Photo: Facebook)

Bhubaneshwar: The BJP's Odisha unit on Tuesday promised to waive farm loans in the state if the party comes to power in the 2019 Assembly elections.

The announcement was made by BJP state president Basant Panda at a press conference in Odisha. Assembly elections in Odisha are due in 2019 along with the Lok Sabha elections.

"We will waive farm loans, if BJP comes to power in the state in the 2019 Assembly elections," Panda told reporters, adding that the party will also make provision of interest free loans for the farmers in Odisha.

While highlighting the difficulties faced by farmers at different 'mandis', Panda said the BJP members would launch 'Mandi Chala Abhiyan' from Wednesday till January 7. The BJP members would protest irregular functioning of 'mandis' and delay in paddy procurement in the state.

Though the Odisha government has opened 4,381 mandis across the state to procure paddy from farmers, the people are "facing difficulties" there, Panda said.

He said BJP workers in Odisha will gherao the state secretariat on January 8 to press for their demand of farm loan waiver.

The ruling Biju Janata Dal in Odisha had already given a call for gherao of Parliament in Delhi on January 8 demanding proper minimum support price (MSP) on paddy.

On the BJD's proposed Parliament gherao plan, Panda said: "The BJD is only shedding crocodile tears in the name of protest for farmers."

The BJD all along has taken "anti-farmers" stand during its 19 years of rule, he alleged.

Senior Congress leader Srikant Jena also asked the Naveen Patnaik government to announce loan waiver for farmers of all categories. Earlier, state Congress chief Niranjan Patnaik announced that they would waive loan of farmers if Congress comes to power in Odisha in the 2019 Assembly elections.