The booklet ends with the circumstances leading to Rao inviting Palanisami to form government. 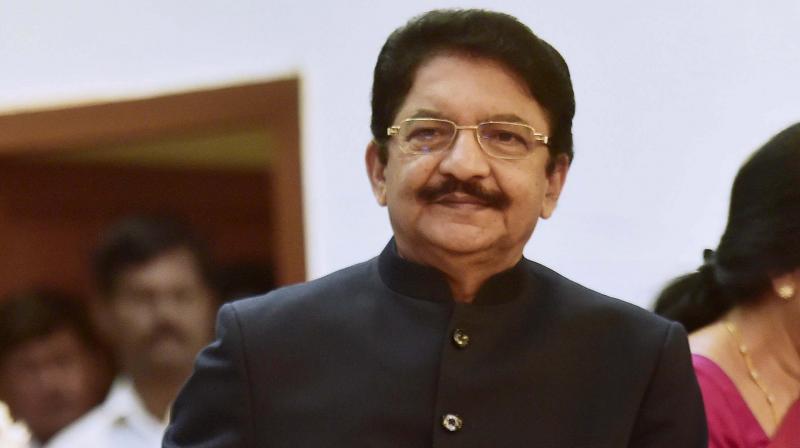 Hyderabad: Tamil Nadu acting governor Ch. Vidyasagar Rao will be releasing a booklet on the happenings in the state from the time J. Jayalalithaa was admitted to Apollo Hospital in critical condition on September 23 to February 16, when he invited E. Palanisami to form gove rnment.

This is the first time a governor will be issuing a factsheet while in office regarding developments that involve his own role in the change of governments in order to put the “Raj Bhavan’s record straight”, sources said.

Mr Rao initially wanted to issue a communiqué on the lines of the one issued for the first time, by President K.R. Narayanan in 1998 on the events after the I.K. Gujral ministry submitted its resignation that ultimately led to the dissolution of Parliament and fresh elections. However, Mr Rao settled on bringing out a booklet.

Sources indicated that the bookled would cover Jayalalithaa’s admission in hospital, allotment of portfolios held by her to her Cabinet colleagues, O. Panneerselvam being asked to convene Cabinet meetings, the death of Jayalalithaa, Mr Panneerselvam being made chief minister, his resignation, the election of V.K. Sasikala as AIADMK Legislature Party leader and her staking claim to form government.

Subsequently, the Supreme Court upheld the trial court’s verdict in a disproportionate assets case, and Ms Sasikala surrendered and went to prison to complete the remainder of her four-year jail term.

The booklet ends with the circumstances leading to Mr Rao inviting Mr Palanisami to form government.

According to sources, the booklet will mention that Mr Rao rushed to Chennai on October 1 after seeing rumours that Jayalalithaa had been declared dead.

Dr Rao went to Apollo Hospital and saw for himself that Jayalalithaa was getting treatment. He then went to Raj Bhavan and issued an official communiqué on her heath.

“As the Governor had played a key role in all these happenings, he has decided to put everything on record, since he believes there are doubts being expressed by different quarters about the role of the Governor,” the source added.

It is believed that Mr Rao will mention the constitutional issues, precedents and options before him while not inviting Sasikala to form government before the Supreme Court judgement, and the advise tendered by legal pundits including Attorney-General Mukul Rohatgi suggesting a composite floor test and the Governor rejecting the idea.

This booklet form part of the Tamil Nadu Raj Bhavan records since Mr Rao may not be have the additional responsibility as acting Governor for long, the source said.