Will always stand by Cong despite being ignored: Sheila Dikshit

A few days ago, Delhi Congress president Ajay Maken and Dikshit addressed their first joint press conference after the 2015 drubbing. 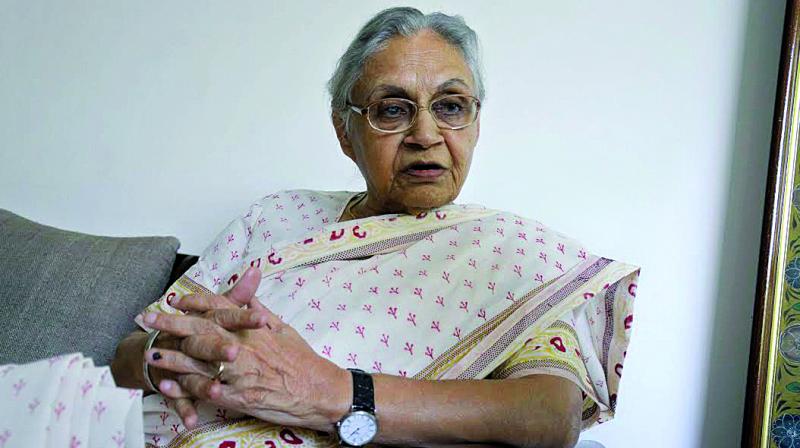 New Delhi: Veteran Congress leader Sheila Dikshit has said that she will always stand by her party even though the top leadership “ignored” her for a long time and “denied her any big role in electoral campaigns”.

The three-time former Delhi chief minister said she was named the party’s star campaigner in elections that came after the 2013 Assembly polls, but was not given any big responsibility for canvassing and that she never complained.

“I do what I am told. I belong to Congress and the Congress is my party. I can do anything for Congress. They ignored me for years but I never complained,” the 79-year-old leader added.

“Before this press conference, Mr Maken came to my house three or four times, requesting me to join the media briefing,” she said.

“There is no dilemma in my mind. We have to work for the Congress. I don’t have personal issues with anyone. I went there to do something good for the party and the results were good too. But when elections were held they did not call me,” Ms Dikshit said.

Recently, former Delhi Congress chief Arvinder Singh Lovely rejoined the party months after he quit to join the BJP. Mr Lovely is believed to be a close aide of Ms Dikshit.

When she was asked about the AAP government in Delhi, Ms Dikshit said, “Either you will see their advertisements or you’ll see them talking about their work. But the ground reality is very different.”

“The party did not fulfill its promise of providing free water and cheaper electricity to Delhi’s citizens. Arvind Kejriwal has been exposed,” she said.