Besides, 'zero tolerance for corruption' has been evident in crackdowns on public servant 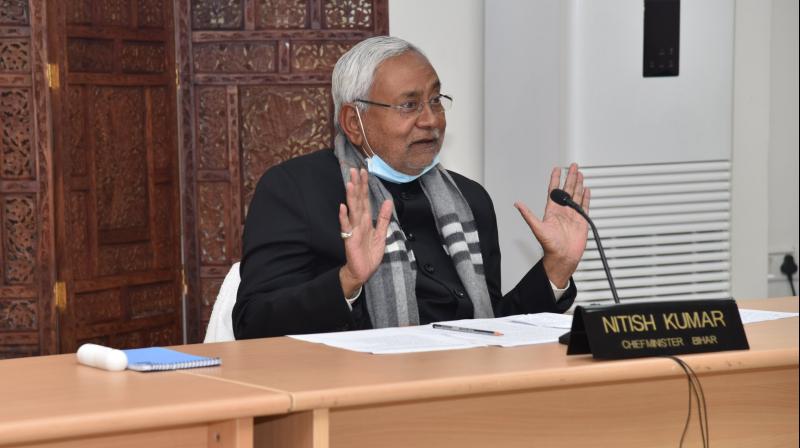 Patna: The Nitish Kumar government in Bihar on Friday asserted that it was working with an aim to boost industrialisation of the state which would support its rapid pace of development and also lead to job creation.

In his customary address to the state legislature as the budget session began, Governor Phagu Chauhan said that in the industrial policy formulated in 2020 a provision has been made for "additional capital subsidy" which would incentivise setting up of new units.

The governor, who spoke for more than half-an-hour, also said the state government has succeeded in keeping the COVID-19 pandemic under control, and had excellent rates of testing and recovery while the mortality rate stood way below the national average.

Chauhan also said that the state government has remained committed to establishing rule of law, which has fostered an environment of social and communal harmony.

Besides, "zero tolerance for corruption" has been evident in crackdowns on public servants accused of corruption and confiscation of assets worth Rs 45.81 crore, amassed by 45 people facing action under the Money Laundering Act, he said.

The state government has remained committed to providing its citizens with an efficient and transparent administration and empowered the people through measures like the Right to Public Services Act, he added.

About the government's plans for the future, the governor's speech touched upon 'Saat Nishchay 2', the second phase of the chief minister's seven resolves, a key component of which is the pledge to irrigate every field.

Another key component is 'Yuva Shakti Bihar Ki Pragati', under which 'a culture of enterprise' would be promoted in the state through measures like making entrepreneurship a part of the curriculum, the governor said.

The governor mentioned that the state government was commited to environmental preservation and improvements in health and education.

Chief Minister Nitish Kumar, Deputy CMs Tarkishor Prasad and Renu Devi, leader of the opposition Tejashwi Yadav and minister Syed Shahnawaz Hussain were among those present in the House during the governor's address.

The governor's address was followed by Tarkishor Prasad, who also holds the finance portfolio, tabling the economic survey.

Assembly Speaker Vijay Kumar Sinha adjourned the House till Monday after reading out condolence references for deceased former members of the legislature and also Buta Singh and Rama Jois, both of whom had held gubernatorial assignments in the state.

A suggestion by Tejashwi Yadav that tributes be paid to the "more than 260 farmers", who have died during the ongoing agitations against the farm laws, was turned down.

This was protested by the members of the RJD and its MLA Bhai Virendra trooped into the well and announced that all members of the party shall be observing a two-minute silence on the floor of the House.

Members of the opposition party, which has the largest number of MLAs, thereafter stood in silence for two minutes, in an expression of solidarity with agitating farmers, before leaving the House.