All corrupt people have teamed up against AAP: Kejriwal

In a tweet in Hindi, Kejriwal also said the country will not bow down before these corrupt people and move ahead 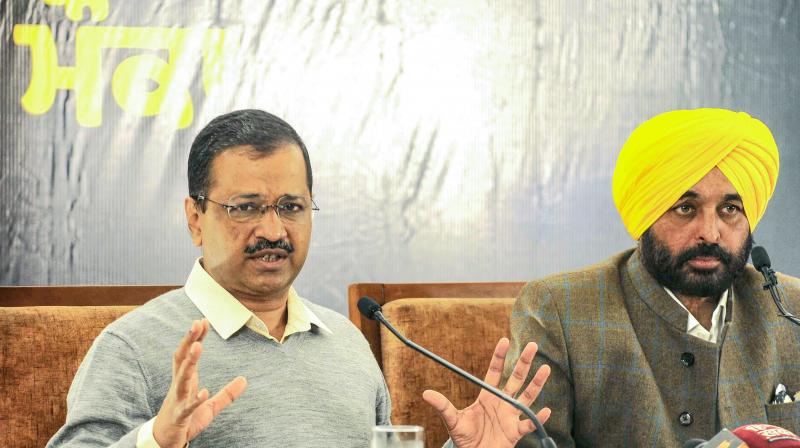 New Delhi: Delhi Chief Minister Arvind Kejriwal on Saturday claimed that all the corrupt people have teamed up against the AAP and said they will get a befitting reply with the inauguration of 12,430 modern classrooms in city schools.

In a tweet in Hindi, he also said the country will not bow down before these corrupt people and move ahead.

"All the corrupt people of the country have teamed up against us. Today, we will give them a befitting reply by inaugurating 12,430 modern classrooms in Delhi schools.

Kejriwal has come under attack from the BJP and the Congress after former Aam Aadmi Party (AAP) leader Kumar Vishwas accused him of supporting separatists in poll-bound Punjab.