Sharma is one of two deputy CM of UP. Keshav Prasad Maurya is the other deputy CM in the government to be headed by Yogi Adityanath. 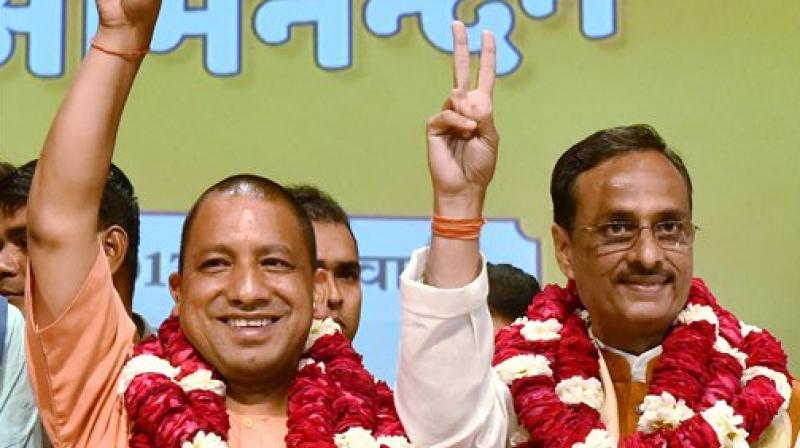 Lucknow: For Dinesh Sharma, the affable mayor of Lucknow, it was a slow and steady rise to the post of the deputy Chief Minister of Uttar Pradesh.

The 53-year-old professor in Lucknow University's Commerce department has been a member of the Bharatiya Janata Party since long, but he emerged on the central stage of the party politics with his appointment as its National Vice President in August 2014 after the party's landslide victory in the parliamentary polls.

It was after he was made in-charge of the party affairs in Gujarat, his stature in the party grew immensely.

He also won the trust of Prime Minister Narendra Modi and BJP President Amit Shah during his stint in their native state.

Party insiders say that a godman had presented him a garland with a blessing that "red beacon" will never leave him. He was first elected as the Mayor of Lucknow in 2008. He stood for re-election in 2012 and defeated his nearest rival, Neeraj Bora of the Congress by over 1.71 lakh votes.

Sharma has the backing of the RSS and it is said that Sangh ideologue Deen Dayal Upadhaya often visited his parental home in the state capital.

Religious by nature, Sharma's ascent to the post of the deputy CM is considered as a move that could prove to be beneficial for the party in the 2019 Lok Sabha polls.

It was at his invitation that the Prime Minister had attended the Lucknow Ramlila in October 2016.

He also played a key role in the organisation during its membership drive when 10 crore new members were roped in.