Police has started tracing the link of the sex video and SIT is looking into all the possible angles. 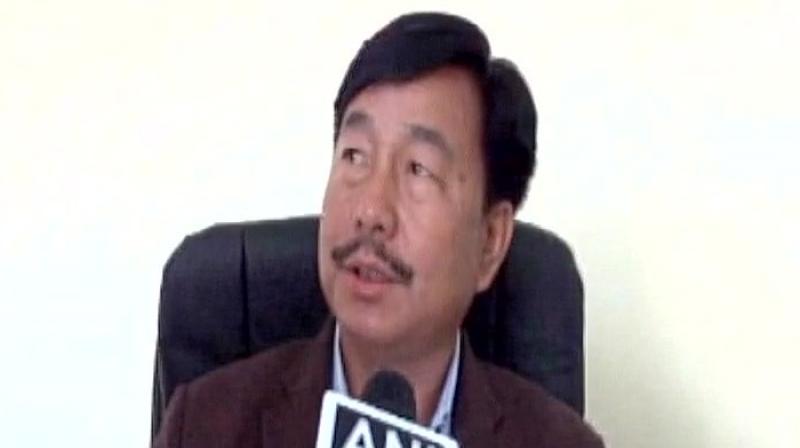 Gao said that he was shocked to see the video which resemble to his face. (Photo: ANI)

Guwahati: Arunachal Pradesh BJP president Tapir Gao, on Tuesday denied his presence in the viral sex CD and labelled it as "fake".

Tapir Gao, who is going to contest Lok Sabha elections from Arunachal East seat alleged that some of his own party workers has circulated the doctored CD to tarnish his image.

Referring to the sex CD that went viral on social media, Mr Gao said, “The party has already filed an FIR against some people who were trying to blackmail me with a morphed explicit CD.”

Doling out the copy of the FIR, Gao informed that state government has constituted a Special Investigation Team (SIT) to bust the conspiracy hatched to defame him.

He alleged that an aspirant of the party ticket from Arunachal East was involved in the conspiracy.

“I have given the names of the people to police who called me asking for Rs 15 crore as well as Arunachal East seat,” said Gao asserting that such fake CD would not affect his electoral prospect.

Arunachal Pradesh BJP president said that he was shocked to see the video which resembled his face.

According to Gao, his photographs were morphed and voice was dubbed.

During the time when the party has decided to contest the forthcoming assembly and parliamentary polls on its own the release of the video has visibly raised the problem for the party.

Gao flagged out the party's promises for the state.

He said that the development of the state in the field of education, health, horticulture, tourism, communication would be the agenda in the upcoming election.

He also informed that party would be releasing manifesto soon, keeping development and public welfare issues on the top.

Meanwhile, police sources at Itanagar told Deccan Chronicle that they have started tracing the link of the sex video and asserted that the SIT was looking into all the possible angles.

The Election Commission of India (ECI) has already issued a notification on Monday for holding simultaneous elections to two Lok Sabha and 60 Assembly constituencies in Arunachal Pradesh on April 11.