On the education front, he assured to waive education loans and announced to provide free rail facility for students. 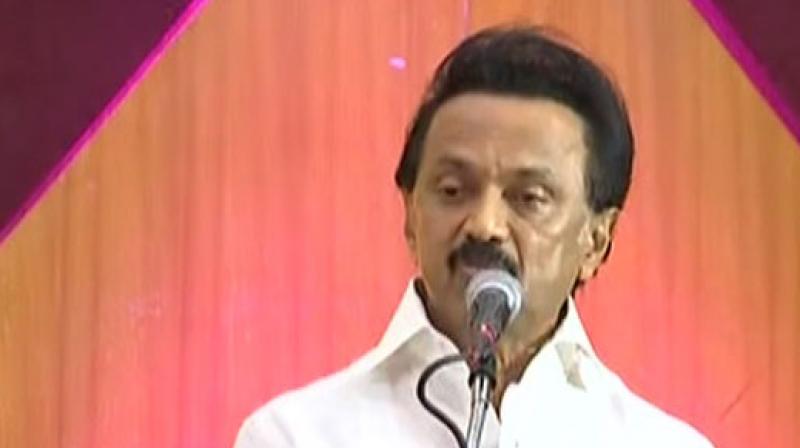 The DMK chief also promised to give citizenship to all Sri Lankan refugees in Tamil Nadu. (Photo: ANI)

DMK Chief MK Stalin said, "AIADMK will urge Government of India and the President to give due direction to the Governor of Tamil Nadu for the release of the seven Tamil convicts as ordered by Supreme Court and approved by the cabinet of Tamil Nadu government."

The DMK chief also promised to give citizenship to all Sri Lankan refugees in Tamil Nadu.

On the education front, he promised to abolish NEET. Assured to waive education loans and announced to provide free rail facility for school and college students.

Stalin also asserted that if voted to power his government will create more jobs and fill up all existing vacancies in all central government departments in Tamil Nadu.  He also said that Tamil will be made the official language in Central Government offices in the state.

The DMK also said that it will push for full statehood of Puducherry and a CBI-led probe into Kodanadu Estate heist.

Tamil Nadu will go to polls on April 18 for its 39 parliamentary constituencies while by-polls will also be held in 18 assembly seats simultaneously. The Election Commission will announce the results on May 23.