TTV Dhinakaran steps aside in 'interest of AIADMK'

The sidelined AIADMK leader also said he would have to consult Sasikala before making a decision on quiiting the party. 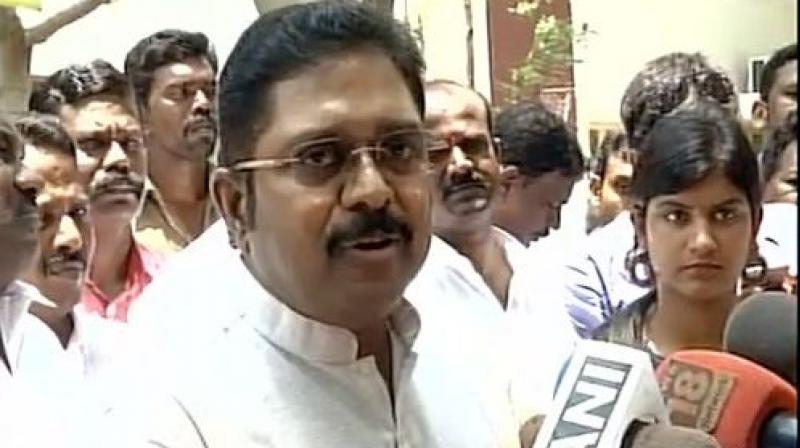 Chennai: Admitting that there was a revolt against him in the AIADMK, Sasikala’s nephew TTV Dhinakaran on Wednesday said that he would have to consult Sasikala before resigning as the deputy general secretary of the party.

However, he added, “I have stepped aside in the interest of the party, so there is no question of resigning.”

Admitting that AIADMK had turned against him, Dhinakaran said that the revolt might have been due to some fears.

“I have no regrets because I don’t have any expectations,” PTI reported Dhinakaran as saying.

Earlier today, Dhinakaran had claimed that there was no revolt against him and that all AIADMK MLAs were with him.

The AIADMK (Amma) faction had on Tuesday decided to sideline Dhinakaran and Sasikala, in an attempt to unite the group with the faction led by former Tamil Nadu Chief Minister O Panneerselvam. Panneerselvam had said the ouster of Sasikala and Dhinakaran was one of the conditions for merger of the warring factions.