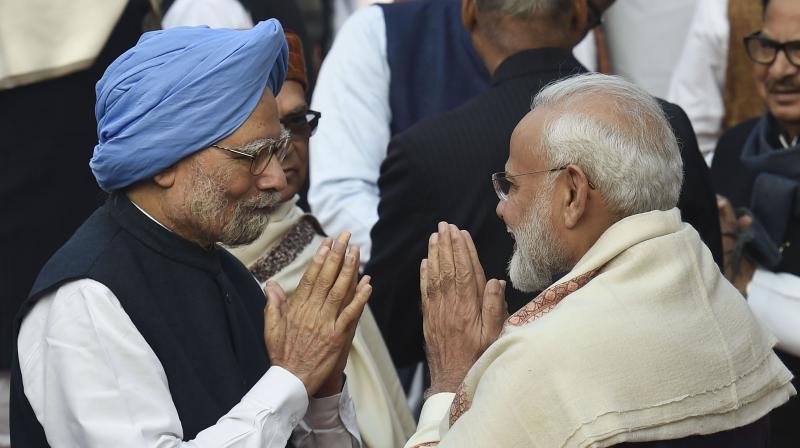 New Delhi: With 2.61 lakh new infections, India saw the highest-ever daily spike of Covid-19 on Sunday. The daily positivity rate in the past 12 days has doubled from eight per cent to 16.69 per cent, while the fatalities due to the virus in the past 24 hours was 1,501. As several states are running out of hospital beds, medical oxygen, and life-saving drugs, the Central and state governments are scrambling to save lives. The Delhi government has flagged the shortage of oxygen and demanded an extra quota from the Centre as cases continue to rise in the city. Delhi on Sunday recorded 25,462 fresh infections and 161 deaths.

The Indian Railways is getting ready to transport Liquid Medical Oxygen (LMO) and oxygen cylinders in “Oxygen Expresses” via green corridors to ensure the fast movement of these trains. This came after the Madhya Pradesh and Maharashtra governments approached the railway ministry to explore whether it could move Liquid Medical Oxygen tankers.

In Delhi, meanwhile, while the weekend curfew ends Monday, traders in Chandni Chowk have decided to pull down shutters down till Sunday. The Delhi government filed FIRs against four airlines under the DDMA Act for not checking RT-PCR negative reports of incoming passengers. It is expected that the Delhi government may extend the weekend curfew for few more days as huge surges in the daily cases continue. A decision in this regard is expected after a meeting between chief minister Arvind Kejriwal and lieutenant-governor Anil Baijal on Monday.

Former Prime Minister Manmohan Singh has, meanwhile, written a letter to Prime Minister Narendra Modi suggesting five ways on how to tackle the present pandemic situation. Dr Singh said a big part of effort must be ramping up the vaccination drive, for which the states should be given flexibility to define categories of frontline workers who can be vaccinated even if they are below the age of 45.

Dr Singh added that since domestic supplies of vaccines are limited, any vaccine cleared for use by credible authorities like America’s FDA or the European Medical Agency should be allowed to be imported without insisting on domestic bridging trials. The former PM further said that the government should publicise what are the firm orders for doses placed on different vaccine producers and accepted for delivery over the next six months. “If we want to vaccinate a target number in this period, we should place enough orders in advance so that producers can adhere to an agreed schedule of supply. The government should indicate how this expected supply will be distributed across states based on a transparent formula. The Central government could retain 10 per cent of this for distribution based on emergency needs, but other than that, states must have a clear signal of the likely availability so that they can plan their rollout,” he wrote.

Dr Singh added the Centre must proactively support vaccine producers to expand their manufacturing facilities quickly by providing funds and other concessions. “In addition, I believe this is the time to invoke the compulsory licensing provisions in the law, so that a number of companies are able to produce the vaccines under a licence. This, I recall, had happened earlier in the case of medicines to deal with the HIV/AIDS disease.  As far as Covid-19 is concerned, I have read that Israel has already invoked the compulsory licensing provision and there is an overwhelming case for India to do so as well quickly,” Dr Singh said.

Across India, several states have announced lockdowns, night curfews and other measures to tackle the pandemic. In Patna, Bihar CM Nitish Kumar on Sunday imposed new restrictions, including a statewide night curfew from 9 pm to 5 am. Also, all educational institutions, religious places, malls, cinema halls and parks have been shut till May 15. Offices and shops were also asked to follow strict Covid-19 guidelines and close after 5 pm.

The Tamil Nadu government imposed a statewide night curfew (10 pm to 4 am) beginning Tuesday. and banned inter-state and intra-state travel by people during the night curfew. Besides, a full lockdown will also be imposed on Sundays across the state.

Maharashtra minister Aditya Thackeray said the state was preparing for a third wave, though it cannot be determined now if it will be as strong or weak. “We have come to the genuine belief that underreporting is not going to help… Now we are preparing for the third wave. We have five lakh beds, 70 per cent of them oxygenated,” said Mr Thackeray.

Prime Minister Narendra Modi on Sunday held a review meeting to review the Covid containment measures in his constituency, Varanasi, while Congress leader Rahul Gandhi announced that he would suspend all his election campaign rallies in West Bengal due to the rising cases.

Indian diaspora has distinguished itself across the world: Modi

Amarinder hits out at Gandhi siblings: 'They are misguided'