Mayawati to meet Sonia tomorrow, alliance likely to be discussed 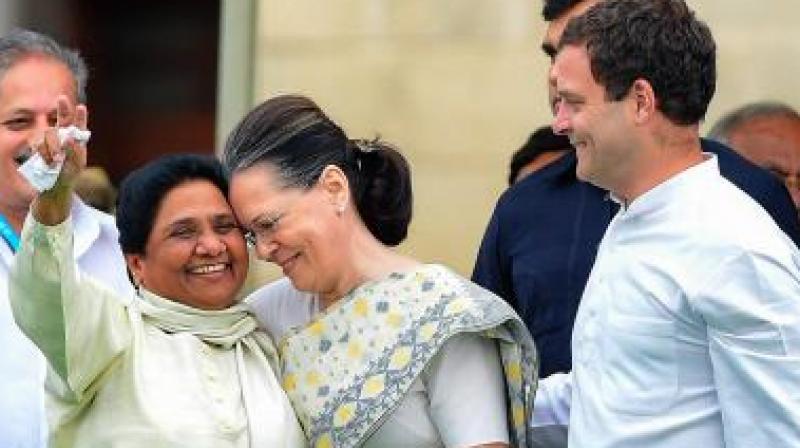 During the election campaign, Mayawati had attacked the Congress blaming the age-old party for the defection of BSP candidate in Madhya Pradesh. (Photo: PTI)

New Delhi: Bahujan Samaj Party supremo Mayawati will meet the Congress chief Rahul Gandhi and UPA chairperson Sonia Gandhi tomorrow in New Delhi which is a significant move as the numerous meetings between the opposition parties suggest that they have started to make their moves to build an alliance against the Bharatiya Janata Party.

During the election campaign, Mayawati had attacked the Congress blaming the age-old party for the defection of BSP candidate in Madhya Pradesh.

Also, the meeting holds significance because the Congress and the BSP separately contested the elections in Uttar Pradesh and Madhya Pradesh. the BSP had teamed up with the Samajwadi Party.

Today, Naidu held a meeting with Sonia Gandhi and Rahul Gandhi at Sonia's residence which has raised the speculation that the regional parties may play an important role in forming the government. This is Naidu's meeting with Rahul as he had met the Congress chairman before flying to Lucknow to meet Akhilesh and Mayawati.

He also held a meeting with his rival in the chief minister of the neighboring state of Telangana K Chandrashekar Rao. NDTV has reported Naidu to have said that the Telangana CM "was welcome" to join his efforts.

The general elections have come to an end and the results will be declared on May 23.