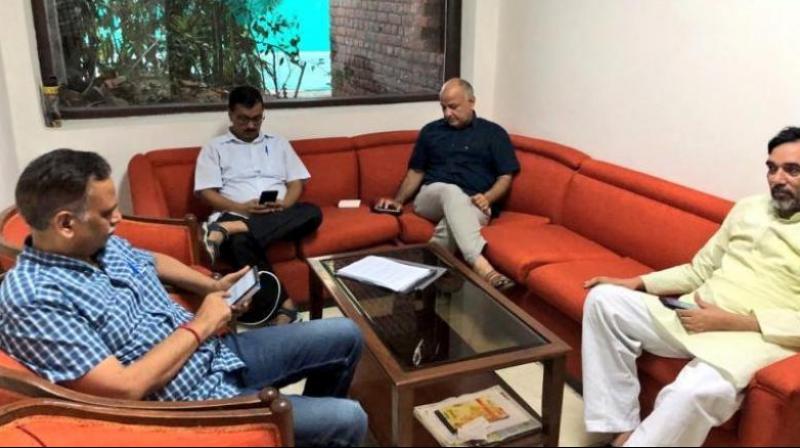 The strike was to protest against the alleged strike of IAS officers in Delhi. (Photo: File)

Breaking his silence on the protest, L-G Anil Baijal on Tuesday urged Arvind Kejriwal to “urgently meet” IAS officers at the Delhi Secretariat. Baijal shot off a letter to Kejriwal in response to his deputy Manish Sisodia's communication in which the latter had asked for a meeting between the government and bureaucrats to end the impasse.

"The L-G requested the CM to urgently meet the officers at the Secretariat so that apprehensions and concerns of both sides can be suitably addressed through dialogue in the best interest of the people of Delhi," an official from Baijal's office said in a statement.

The official said Baijal had earlier advised the AAP government to make efforts to restore trust between the elected government and the officers.

The strike was to protest against the alleged strike of IAS officers in Delhi.

Kejriwal had maintained that government work had taken a backseat and suffered majorly since IAS officers were skipping meetings for the last four months.