Speaking on the bill, he raised the issue of NRC in Assam, alleging 57 people committed suicide in Assam after being excluded from list. 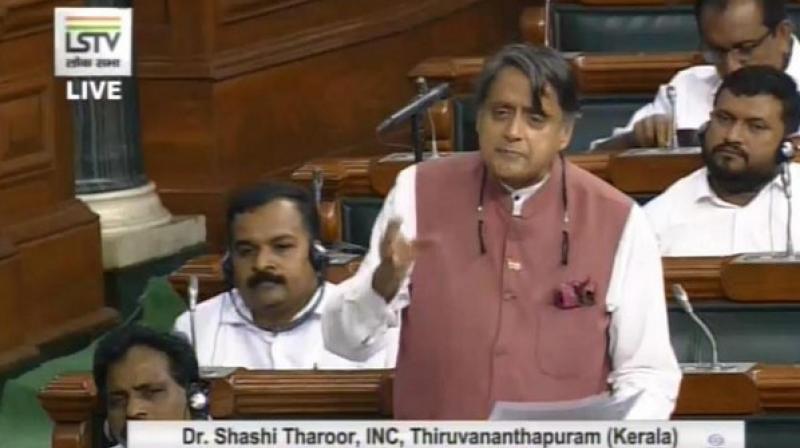 Speaking on the bill, he raised the issue of National Register of Citizens (NRC) in Assam, alleging that 57 people committed suicide in Assam after being excluded from NRC list.

"I have received a confirmed list of people where 57 people have committed suicide because NRC has excluded them, ironically, few of these people are Hindus.", he said.

Calling the bill "piecemeal" and "cosmetic", Tharoor also attacked the government on the recent arrests of lawyers Indira Jaisingh and Anand Grover.

"It is ironic that we are speaking about strengthening the Human Rights act just days after the international commission of jurists condemned the attempt of this government to strike down of two of the most well known human rights defenders of the country, two senior advocates, Indira Jaisingh and Anand Grover who have been at the forefront of defending the rights of vulnerable sections of the society," he said.

The three-time MP also criticised the arrest of activist Sudha Bharadwaj last year, accusing the government of letting wilful defaulters flee while pursuing the arrest of the activist.

"When Harvard Law School was honouring Human Rights Lawyer Sudha Bharadwaj, our government was busy arresting her. While the government did nothing to stop wilful defaulters from fleeing country, they were desperate to offload an activist from the plane only to be rapped by the Delhi High Court", he said.

Minister of State for Home Affairs, Nityanand Rai had introduced The Protection of Human Rights (Amendment) Bill, 2019 for consideration in Lower House in today's parliament proceedings.