Nitish recently walked out of the grand alliance with RJD and the Congress to join hands and form government with the BJP in July. 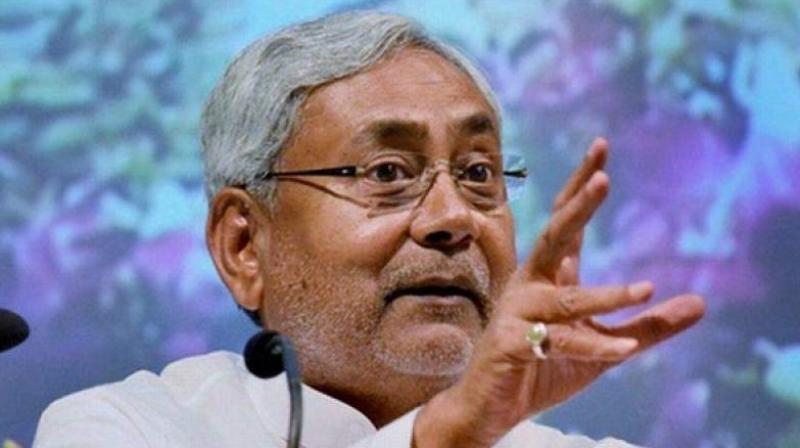 Nitish and senior rebel JD(U) leader Sharad Yadav are at loggerheads since the grand alliance was broken in Bihar. (Photo: PTI)

Nitish recently walked away from the grand alliance with Rashtriya Janata Dal (RJD) and the Congress to join hands and form government with the BJP in July.

Congress leader Sandeep Dikshit said, "Many leaders in the party are tensed because of Nitish's decision. The way he switched sides was astonishing. Nobody has ever done such an act before. He has crushed his morality. He has become a weak chief minister. There was a time when he was a respected leader, but now he is working as Amit Shah's servant. So, I believe that all the respected JD(U) leaders will leave the party."

Nitish and senior rebel JD(U) leader Sharad Yadav are at loggerheads since the grand alliance was broken in Bihar.

Kumar later on Saturday will be holding party's national executive meeting in Patna where on the other hand Yadav's faction will simultaneously hold a separate meeting in the national capital.

However the BJP said that it has no concern with what Yadav does, as he has adopted negative politics and will face the consequences in the long run.

"We know that Janata Dal (United) is led by Nitish Kumar ji and this party is an ally of the BJP and the National Democratic Alliance (NDA). What other leaders do and say is not our concern. Sharad Yadav is getting isolated because he has adopted negative politics and negative politics does not work in the long run," BJP leader Sudhesh Verma said.

Yadav recently launched 'Sanjhi Virsasat Bachao Manch' to oppose alleged divisive politics of the BJP and will be holding a similar programme on Saturday.