Thackeray and Unmesh Joshi had jointly bid for some assets after creating a consortium, but later the MNS chief quit. 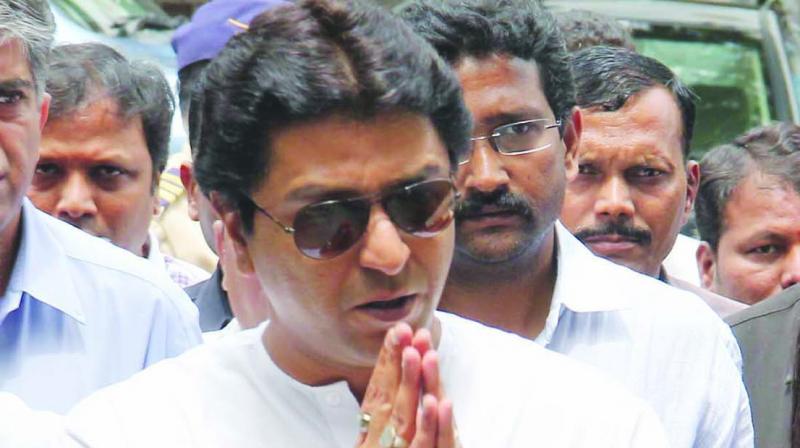 Mumbai: The MNS on Monday dubbed as "political vendetta" the Enforcement Directorate's (ED) notice to party chief Raj Thackeray in connection with its money laundering probe in the IL&FS alleged payment default case.

Thackeray has been asked by the ED to appear before the investigating officer in the case on August 22, officials said.

Reacting to it, MNS spokesperson Sandeep Deshpande said, "Raj Thackeray created a sensation during the Lok Sabha poll campaign earlier this year. It had a significant impact on people and to avoid a similar challenge ahead of the Maharashtra Assembly elections, the ED has issued the notice."

"It is a case of political vendetta," he alleged while talking to reporters here. Besides Thackeray, former Maharashtra chief minister and senior Shiv Sena leader Manohar Joshi's son Unmesh Joshi has also been summoned by the ED in the same case.

The agency is probing Thackeray's involvement in the case in connection with the IL&FS group's loan equity investment in a company called Kohinoor CTNL, which was promoted by Unmesh Joshi. "The Kohinoor deal is very old and Thackeray exited it long time back. I wonder why the Centre has come up with the inquiry notice so late," Deshpande said. He alleged that the ED has "become a tool to suppress our voice".

"If the government takes any action with prejudice against Raj Thackeray, we will protest on streets," he added. Thackeray and Unmesh Joshi had jointly bid for some assets after creating a consortium, but later the MNS chief quit. The ED last week also filed a charge sheet in the case.