Only the AAP is truly a party of the 'aam aadmi' (common people) where anyone can join and work towards development of the region, he said. 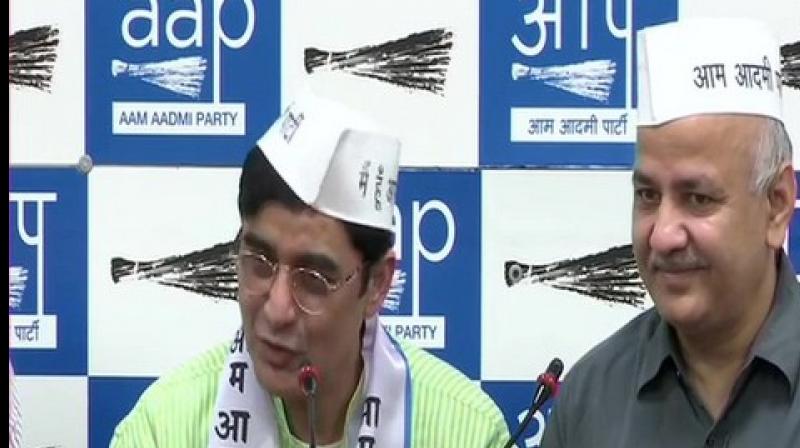 "He has served the country in two roles -- as an IPS officer and a parliamentarian. We have known each other since the days of 'andolan' (movement) and now he will work in all states with us," Sisodia said.

Kumar said the political situation in Jharkhand was such that he decided to quit the Congress. He said the AAP will decide the role he is expected to play.

Only the AAP is truly a party of the 'aam aadmi' (common people) where anyone can join and work towards development of the region, he said. "Honesty and transparency are the most important virtues right now and AAP has both these qualities," Kumar said. He exuded confidence that in the upcoming assembly elections in Delhi, the AAP will again get a majority.

Kumar, a former IPS officer, resigned as Jharkhand Congress chief last month, accusing some colleagues of promoting their own interests over that of the party and indulging in corrupt practices. Kumar's joining the Aam Aadmi Party comes ahead of the polls in Jharkhand slated for later this year.